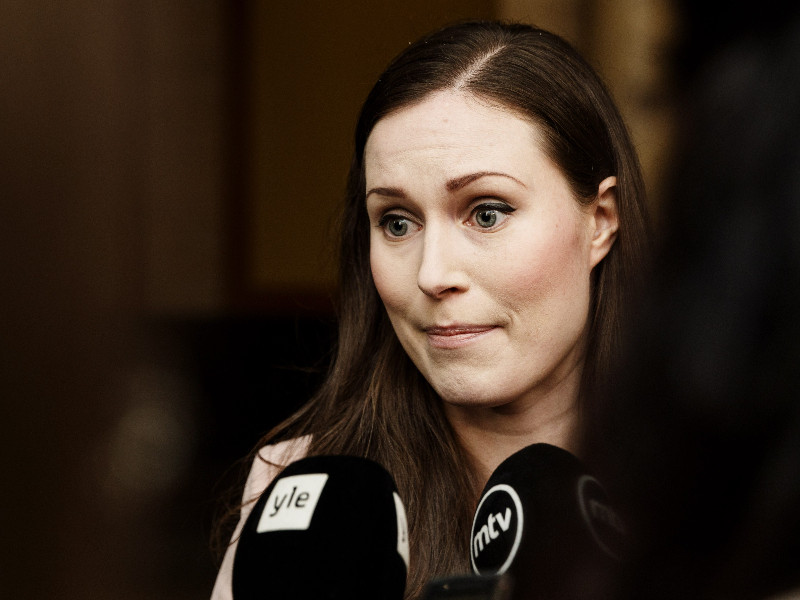 PRIME MINISTER Sanna Marin (SDP) has raised eyebrows with her comments about the strained labour market situation on MTV Uutisextra on Saturday.

“Threatening of any kind is naturally never appropriate, but you have to also remember that the right to strike is a really important right – a basic right – and that it protects the weaker party, or the employee,” she stated.

“Of course it must be respected. It’s by no means a good thing that there are attempts to break strikes.”

Her comments are related to the widespread strikes in the forest industries and the threats levelled against strikebreakers – including non-unionised employees – by both trade union bosses and shop stewards.

Ilkka Oksala, the director of labour market affairs at the Confederation of Finnish Industries (EK), said he disapproves the interpretation of Marin. Non-unionised employees, he underscored, should not be accused of strikebreaking for choosing to work in spite of a strike declared at their workplace by a trade union.

“Unions decide on strikes only as far as their own members are concerned – no one else. How difficult is it to understand this?” he asked on Twitter.

Juho Romakkaniemi, the CEO of Finland Chamber of Commerce, said Marin should also defend the constitutionally protected right to work.

“Honoured prime minister,” he wrote, “no one has questioned the right to strike. Suggesting anything of the kind is rubbish. A non-unionised employee going to work doesn’t constitute strikebreaking.”

It has been estimated that the strained labour market situation could discourage the government from announcing its long-awaited employment measures, as doing so could have an impact on the collective bargaining negotiations. Marin on Saturday admitted to MTV that the time is not the most opportune for detailing the measures.

“If you examine the situation realistically […], there’ll definitely be a lot of pressure for the period between May and August,” she said.

She also reiterated her confidence in the government’s economic policy in the wake of criticism from both Fitch Ratings and Economic Policy Council.

“I believe firmly in the policy and approach the government negotiated and adopted at the House of the Estates. And that’s the road we’re on. We shouldn’t change the direction and policy based on news headlines,” said Marin.

Her statement provoked a response from Johanna Vuorelma, a political scientist at the University of Tampere.

“It’s interesting to see how a government that’s placing an emphasis on knowledge-based policy making has received criticism about its economic policy from scientists. Talk about beliefs was a dominant feature of the interview, which creates friction between talk about knowledge. Beliefs can’t replace knowledge,” she said.