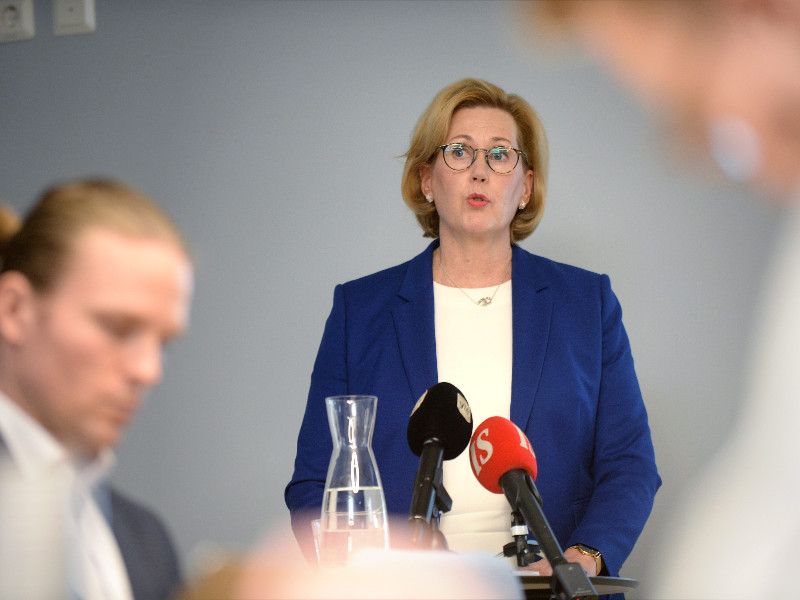 Tuula Haatainen (SDP), the Minister of Employment, assures that the concerns of businesses about the shortage of skilled workers have not fallen on deaf ears. (Mikko Stig – Lehtikuva)

MINISTER OF EMPLOYMENT Tuula Haatainen (SDP) on Wednesday assured that the government has heard the widespread concerns of businesses about the shortage of skilled labour in Finland.

“We’re no longer able to find enough talent in Finland,” she acknowledged in a press conference at the Ministry of Economic Affairs and Employment in Helsinki.

Haatainen pointed out that such talent is available overseas, but the rigid permit procedures and sizeable backlog of applications have made international recruitment a painstaking process. The Ministry of Economic Affairs and Employment, she added, has established a task force on employment-based immigration to sift “all laws, provisions and practices” to expedite the process.

The Finnish government convened yesterday for its evening class – an informal weekly meeting for preparing matters for its plenary sessions – to discuss measures to promote employment growth in the country.

It pledged to be able to point to measures that add 30,000 people to the ranks of the employed by its budget session next summer.

Prime Minister Sanna Marin (SDP) on Wednesday said she is confident not only that the new roadmap will succeed in creating the necessary jobs, but also that the government is capable of implementing structural reforms, which have been called for by the likes of the Economic Policy Council.

“I’m confident that the government will reach its objective by the summer and also that the government is capable of carrying out structural reforms to boost long-term employment and tackle the challenges of the public economy in Finland,” she affirmed, identifying solving the labour market mismatch as one such reform.

“We concluded together that the drafting of employment measures is proceeding according to plan. The next important review point will be the government’s framework session.”

The target of 30,000 new jobs is key for two of the primary objectives set forth in the government programme: balancing general government finances and raising the employment rate to 75 per cent by 2023.