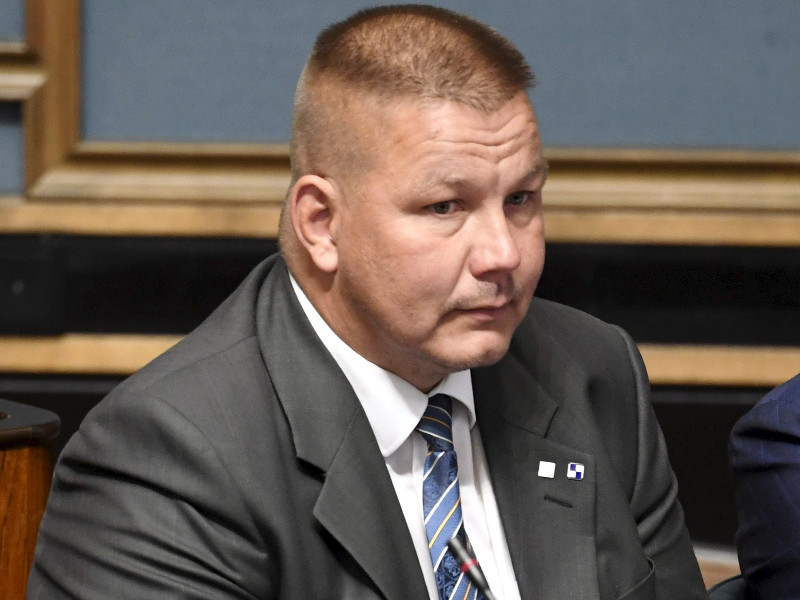 Juha Mäenpää (PS), a first-term MP from Vaasa, may face charges for using the term ‘invasive alien species’ in the context of asylum seekers in the Parliament in mid-2019. (Heikki Saukkomaa – Lehtikuva)

PROSECUTOR GENERAL Raija Toiviainen has asked the Finnish Parliament to give its consent for bringing charges against Juha Mäenpää (PS), a first-term Member of the Parliament from Vaasa.

Investigators at Helsinki Police Department determined earlier that there is reason to believe the 48-year-old lawmaker may have committed ethnic agitation by using the term 'invasive alien species' during a debate about asylum seekers in the Parliament House in June 2019.

“The government programme has one good inscription. It says: ‘We will tackle the issue of invasive alien species more effectively through legislation and greater funding for preventive measures,” he stated.

“Unfortunately it says so in the wrong place.”

The Finnish constitution states that representatives cannot be charged or deprived of liberty on grounds of opinions express or actions taken during the parliamentary consideration of a matter unless at least five-sixths of representatives vote for doing so. Jussi Halla-aho, chairperson of the Finns Party, told Uusi Suomi pre-emptively that the opposition party intends to torpedo the indictment.

The opposition party holds 39, or almost a fifth, of the 200 seats in the Parliament.

The Parliament on Thursday said the request will be considered in a plenary session in early February.

“The Prosecutor General points out in her request that even if the Parliament gave its consent, it would not automatically mean that charges are brought against Mäenpää,” a parliamentary spokesperson said in a press release.