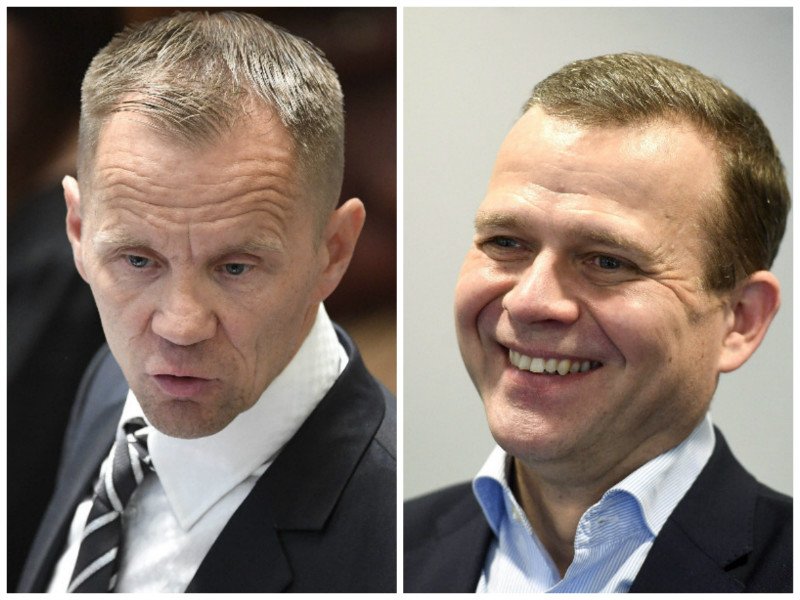 Mika Niikko of the Finns Party (left) has come under fire following reports of his ties to businesses, including from Petteri Orpo (right), the chairperson of the National Coalition. (Heikki Saukkomaa – Lehtikuva)

“The things that have arisen warrant a careful investigation,” he told MTV on Wednesday.

Suomen Kuvalehti has reported that Niikko, a third-term Member of the Finnish Parliament from Uusimaa, has failed to disclose his ties to companies and promoted their interests in his official capacity. The weekly wrote last week that the lawmaker is a founding shareholder of Realmax Group, a Chinese state-funded technology firm with an office in Vantaa.

Niikko has frequently spoken for closer business co-operation between Finland and China.

He has denied the allegations: “I have reported all assets that come within the scope of the reporting obligation. I have no financial ties to any Chinese companies,” he underlined in a press release issued on 15 January.

Suomen Kuvalehti on Monday wrote that Niikko also spoke against tightening regulations on e-cigarettes while owning 94 per cent of shares in Finnsolid Export, a company that planned to import e-cigarettes to Finland. Niikko admitted two days later that the plan was carried out by Eurosolid, a company that has been in his majority ownership since 1994, according to Helsingin Sanomat.

“My son sold e-cigarette products for a few months through my company, Eurosolid,” he retorted in a press release issued yesterday.

“The retail operations had ended by the time the tobacco laws were considered in the Parliament. Neither I nor anyone close to me has planned to retail e-cigarettes, let alone to import them, during or after the parliamentary discussion.”

Orpo on Wednesday urged Niikko to provide a thorough account of the matter. If the allegations are accurate, he would no longer be fit to continue as the chairperson of the Foreign Affairs Committee, according to Orpo.

“It isn’t possible if that’s the case,” he said to MTV.