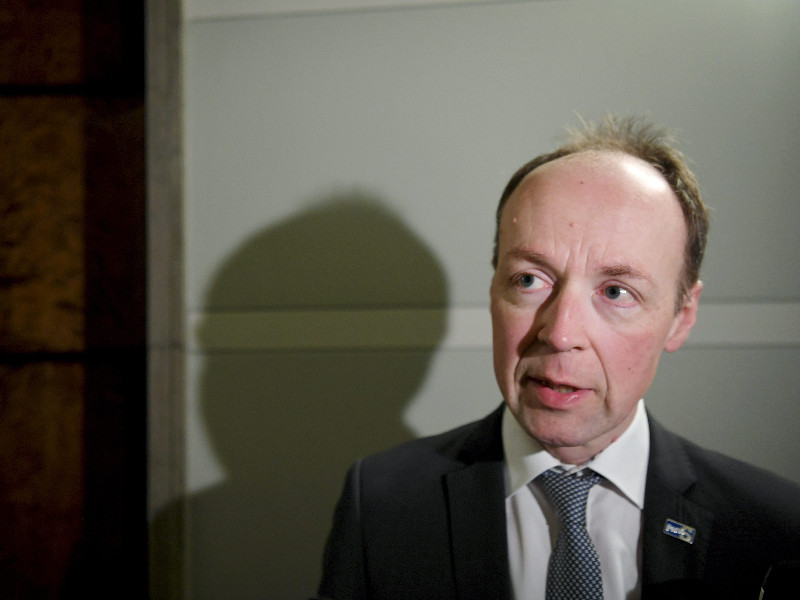 Jussi Halla-aho, the chairperson of the Finns Party, was photographed in the Parliament House in Helsinki on 8 December 2019. (Jussi Nukari – Lehtikuva)

THE APPROVAL RATINGS of Finnish political parties seem to have stabilised over the past couple of months.

Helsingin Sanomat on Wednesday announced the results of its latest opinion poll, reporting that the largest month-on-month change in the approval ratings was the 0.4 percentage-point increase registered by the Centre Party.

The Finns Party, the poll found, remains the most popular party in the country with an approval rating of 22.8 per cent, representing an up-tick of 0.1 percentage points from the previous poll. The National Coalition continues to trail its fellow opposition party by over five percentage points, after improving from 17.2 to 17.5 per cent.

The last time the poll signalled a major shift in the power balance between parties was in October, when support for the Social Democrats fell from roughly 17 to 15 per cent and that for the Finns Party rose from 20 to 22 per cent.

A total of 2,218 people were interviewed for the poll by Kantar TNS between 23 December and 17 January.