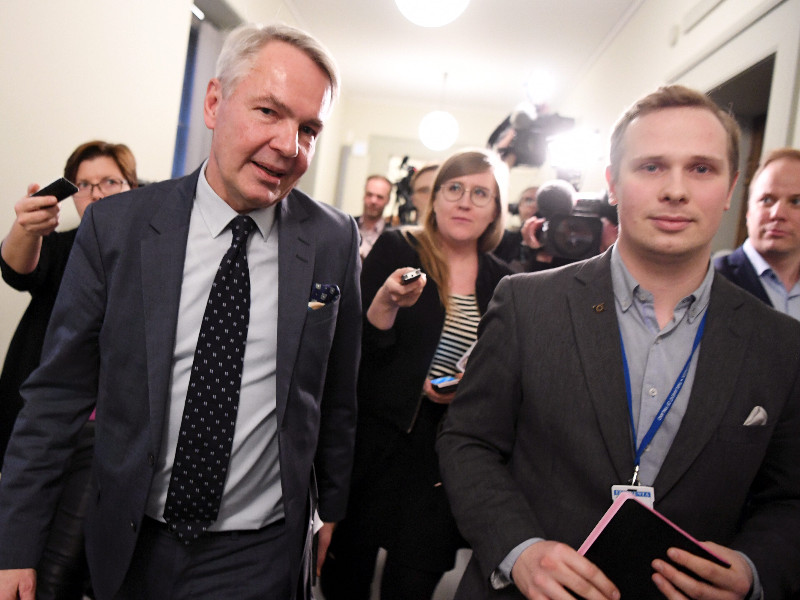 Minister for Foreign Affairs Pekka Haavisto (left) was heading to brief the Social Democratic Parliamentary Group on the situation of Finnish nationals in al-Hol, Syria, on 12 December 2019. (Jussi Nukari – Lehtikuva)

NO MAJOR SWINGS have taken place in popular support for the two largest political parties in Finland, indicates the most recent opinion poll commissioned by YLE, the public broadcasting company of Finland.

YLE on Friday reported that almost a quarter (24.3%) of the public would cast their vote for the Finns Party and almost a fifth (19.3%) for the National Coalition.

The Green League, meanwhile, was the biggest loser of the poll, seeing its popularity decline by 1.9 percentage points to 12.0 per cent.

Tuomo Turja, the research director at Taloustutkimus, said the ruling party seems to be curiously haemorrhaging support equally to the political left and right – to the Social Democrats and Left Alliance, and to the National Coalition and Centre.

YLE estimated that one possible reason for the slide is the controversy surrounding the approach taken by Pekka Haavisto (Greens), the Minister for Foreign Affairs, to Finnish nationals in al-Hol, Syria.

Also the Christian Democrats saw its popularity plummet considerably, from 3.9 per cent to 2.2 per cent. There were no major changes in the popularity of the remaining parties – the Left Alliance (8.1%), Swedish People’s Party (3.9%) and Movement Now (1.4%).