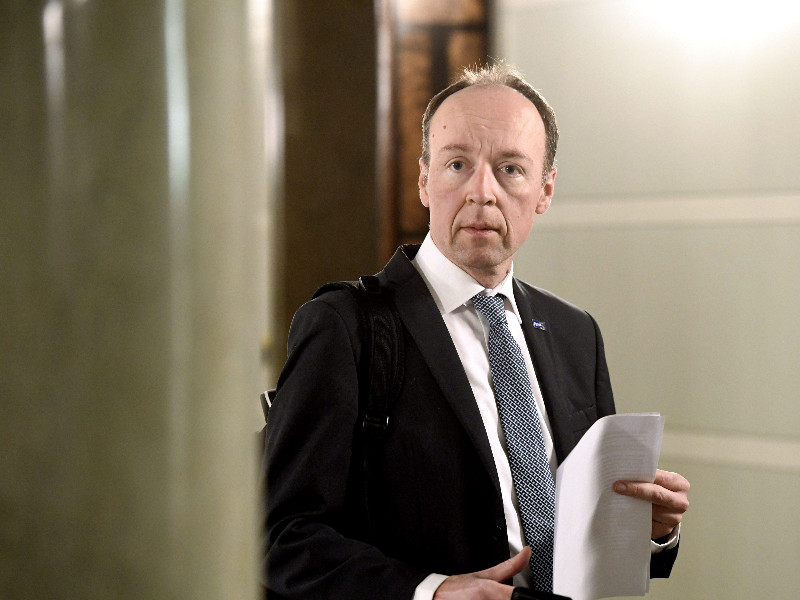 Jussi Halla-aho, the chairperson of the Finns Party: “If we pretend that climate change caused the forest fires elsewhere in the world and therefore stop using and looking after our forests, also the forests here will be burning soon.” (Heikki Saukkomaa – Lehtikuva).

JUSSI HALLA-AHO, the chairperson of the Finns Party, has come under heavy criticism for suggesting that the climate crisis is not linked to the bushfires raging in Australia.

Halla-Aho on Wednesday estimated that several countries are suffering from uncontrollable wildfires because they have neglected to manage their forests and lack a road network that serves the forest industry.

“It has been the forest industry that effectively has put an end to forest fires in Finland,” he wrote on Facebook. “The climate foolishness is not only foolish, but also dangerous for both the economy and the people and nature. If we pretend that climate change has caused the forest fires elsewhere in the world and therefore stop using and looking after our forests, also the forests here will be burning soon.”

Minister of the Interior Maria Ohisalo (Greens) and Minister of Education Li Andersson (Left Alliance) have both taken exception to his statement.

Ohisalo on Wednesday drew attention to the social media post in voicing her concern about the distrust toward science, researchers and research that is being fuelled especially from the political right in order to challenge the credibility of the authors of studies that produce unpleasant results.

Scientific freedom and independence are central building blocks of democracy, she reminded.

“The worst examples have seen politicians try to subjugate science to their own ends, just like other institutions ranging from the police to the legal system are being questioned. It’s sad how many voices like this we’re now hearing in Finland,” said Ohisalo.

“We need science to ensure the world isn’t built on hunches. Scientific results are needed especially in politics so that we can make decisions based on facts and broader phenomena rather than the feelings and views of individuals.”

Andersson similarly voiced her bafflement with the statement of Halla-aho. Australia, she said, is witnessing a “saddening natural disaster” that should prompt people around the world to contribute to solving the climate crisis.

“As the world is burning, you would hope that the time of misleading deliberately is over, but clearly it is not,” she lamented on Facebook on Thursday. “It’s completely clear that natural disasters are sums of many factors, but at the same time it’s clear that the warming climate is making these disasters more devastating and frequent.”

Halla-aho’s claims were questioned also by Panu Halme, a senior lecturer of conservation biology and forest ecology at the University of Jyväskylä who is spending this winter as a researcher in Melbourne, Australia.

He accused Halla-aho of disinformation.

“The post is full of lies and misrepresentations. Halla-aho must know that he’s lying, given that he has a background in research,” wrote Halme. “Predictive burning and clearing have not been prohibited, and the fires are certainly not the work of arsonists.”

“The Australian fires are one of the worst natural disasters of our time. It’s already probable that several species have become extinct because of them. All local natural scientists are of the opinion that the fires are linked to climate change.”

Also Ari Laaksonen, a head of unit at the Finnish Meteorological Institute (FMI), on Thursday reminded Halla-aho that Australia has experienced its hottest and driest year in 120 years and that heat and drought increase the risk of forest fires.

“Climate change played its part in these records,” he tweeted. “This is not foolishness.”