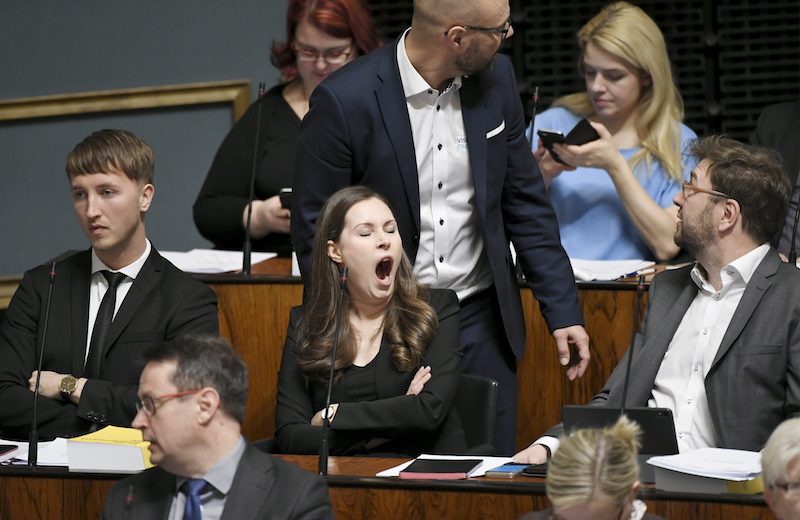 PRIME MINISTER Sanna Marin (SDP) has reiterated her support for transitioning to a shorter work week or workday as technological advances continue to boost productivity.

“This is one possible future scenario, and I believe it can be discussed both within the social democratic movement and within the society at large,” she stated during an official visit to Sweden on Wednesday, 8 January.

“I believe this is the direction we’ll move in going forward, although probably not in the immediate future. As productivity improves [and] technology advances, this should also be reflected in improvements in the situations of ordinary people and ordinary workers – in shorter working times and improved position and rights of workers,” added Marin.

She originally floated the idea of a four-day, 24-hour work week as the Minister of Transport and Communications in August 2019. The idea found its way to the global media limelight last weekend following a report suggesting that it is being actively pursued by the Finnish government by the Daily Mail.

Marin on Wednesday reminded that the government programme makes no mention of reducing working time. The Finnish government, similarly, announced the issue is not on its agenda.

“One of the primary objectives of the government programme is to raise the employment rate to 75 per cent in Finland. We look to Sweden and the work it has managed to do to boost the employment rate – especially to employ immigrants and the elderly. We have a lot to learn from this in Finland,” she said.

The trend of the employment rate stood at 72.6 per cent in Finland in November.

Swedish Prime Minister Stefan Löfven on Wednesday estimated that reducing working time is an issue that falls mostly within the purview of labour market organisations.

“We’ll introduce the so-called family week during this electoral term, enabling parents to spend more time with their children when the children are home from school,” he stated to members of the media.

“But shortening the daily, weekly or yearly working time, on the other hand, is an issue that should be discussed by labour market organisations. There are [sectoral] differences in the possibilities and maybe also willingness to shorten working time, meaning the organisations can discuss it together,” outlined Löfven.

The Swedish Social Democratic Party has adopted the objective of increasing the number of hours worked in Sweden.

“It is necessary to increase the number of work hours to cope with the welfare challenge of the future. It requires that unemployment is reduced and that the employment contracts of current part-time workers are converted to full-time ones,” its manifesto states.