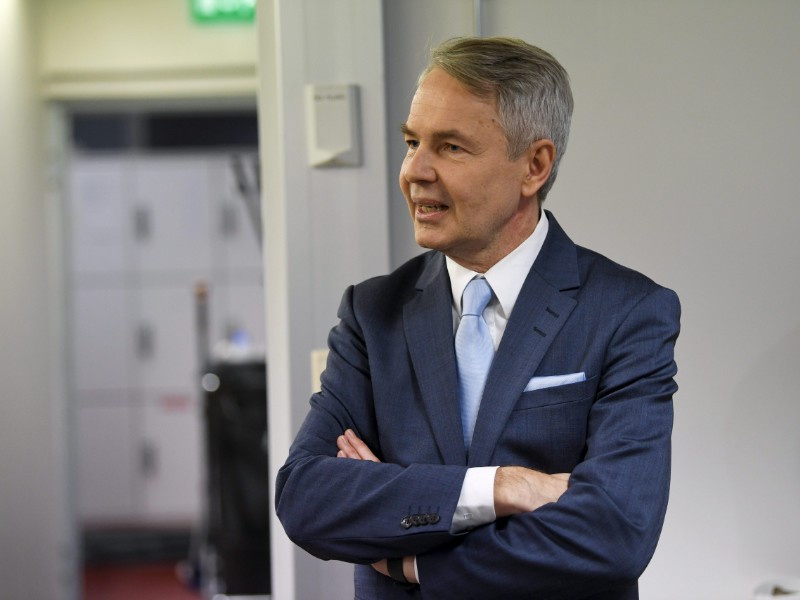 Minister for Foreign Affairs Pekka Haavisto (Greens) was recently the subject of a number of complaints filed with the Chancellor of Justice. (Antti Aimo-Koivisto – Lehtikuva)

THE CHANCELLOR of Justice Tuomas Pöysti will take no further action on complaints made about the recent actions of Pekka Haavisto (Greens), the Finnish Minister for Foreign Affairs.

Haavisto was the subject of a number of complaints due to his actions in connection with the effort to repatriate Finnish nationals from al-Hawl, a detention camp for the women and children of the so-called Islamic State, in Syria.

Ilta-Sanomat reported at the beginning of last month that the minister has pressured one of his subordinates into not only arranging the repatriations but also assuming sole political responsibility for the operation. Its report also indicated that the official in question was re-assigned for turning down the request, a claim that has been firmly denied by Haavisto.

The Chancellor of Justice on Thursday said he will not take further action on the complaints because the issue is currently under consideration at the Parliament’s Constitutional Law Committee.

YLE was the first news outlet to report about the decision.

Iltalehti on Thursday said Pöysti will nevertheless look into the actions of senior officials at the Ministry for Foreign Affairs and National Police Commissioner Seppo Kolehmainen.

The Constitutional Law Committee opened an inquest into the actions of Haavisto before Christmas. Haavisto and the official in question have been asked to submit their statements on the issue by 14 January.

The Finnish government responded to an interpellation submitted by all four opposition about its actions and decision-making processes in regards to repatriating Finns from Syria on 17 December. Members of the Parliament re-affirmed their confidence in the government by a vote of 110 for and 79 against.