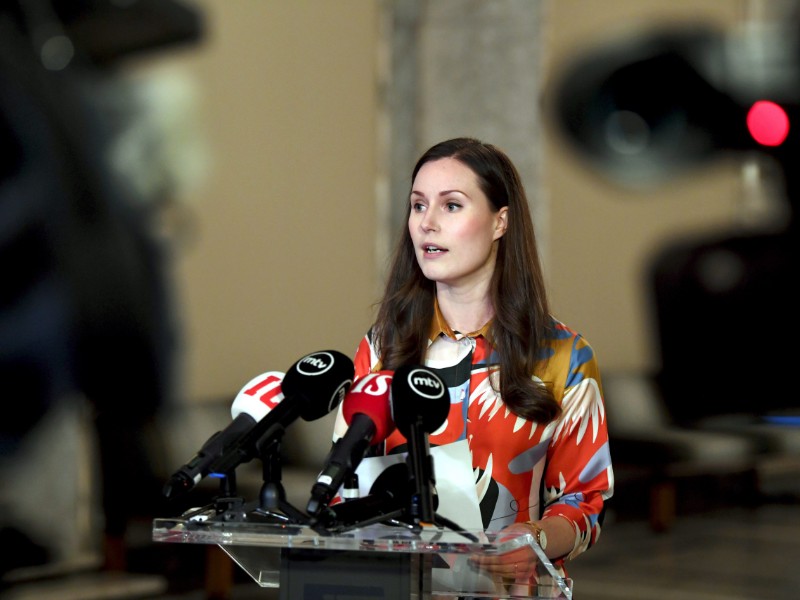 Prime Minister Sanna Marin (SDP) detailed the government’s position on the situation of Finnish nationals in al-Hol, a detention camp for the relatives of terror suspects in Syria. (Antti Aimo-Koivisto – Lehtikuva)

PRIME MINISTER Sanna Marin (SDP) has confirmed that the government has made its long-awaited guidelines for the repatriations of Finnish nationals from al-Hol, a detention camp for the women and children of the so-called Islamic State (IS) in Syria.

“We’ve managed to agree with the ruling parties on a common position on the situation in al-Hol,” she announced in a press conference on Monday.

Marin said the ruling parties share “an obvious willingness” to bring back the children but are principally opposed to doing the same for the mothers. At least some of the mothers, however, may be brought back to the country, as the government has authorised officials to make the repatriation decisions on a case-by-case basis while prioritising the best interests of the child.

“There’s no obligation to help adults who have entered the region voluntarily,” explained Marin.

Marin underscored that the officials will do their utmost to protect the principles of the rule of law, the national legislation, international treaties and human rights. The government’s decision, she envisioned, will serve as a backstop for the measures taken by the authorised official, the Ministry for Foreign Affairs.

“The Ministry for Foreign Affairs will make the decisions on repatriations,” she told.

She reiterated that the officials will be responsible primarily for safeguarding the best interests of the children in all circumstances, but also for ensuring the returnees do not pose a security threat in Finland.

The security ramifications of the decision will be later examined by the President and Ministerial Committee on Foreign and Security Policy.

The 10-item guidelines were published in full on the website of the Finnish government.

Al-Hol is believed to be home to 10 Finnish women and 30 children. The Finnish Security Intelligence Service (Supo) has estimated that women who joined the so-called caliphate voluntarily and possibly took part in terrorist activities could pose a security threat and continue to radicalise in Finland.