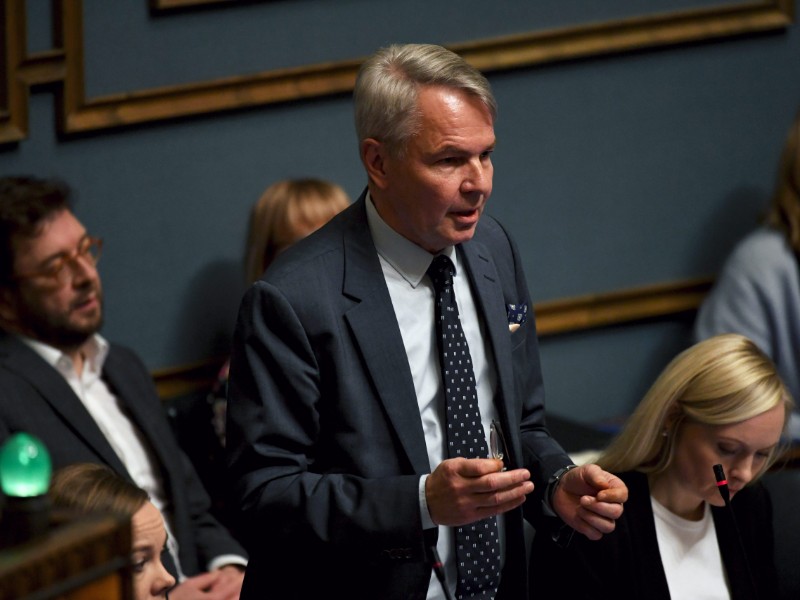 PEKKA HAAVISTO (Greens), the Minister for Foreign Affairs, has provided some clarity to the government’s position on the situation of Finns at al-Hol, a detention camp for the relatives of the so-called Islamic State (IS).

Haavisto on Thursday stated that the course of action he presented to his fellow cabinet members a few weeks ago is to consider, on a case-by-case basis, which detainees to bring back to Finland.

“And this course of action – considering who should be brought back based on individual information – is the same that was discussed in conjunction with the government’s evening class and will be followed by a special representative of the [Ministry for Foreign Affairs],” he said in the Parliament House.

“The individual consideration means that both the children’s situation and distress, and the security implications will be taken into account. I believe this consideration is best done as part of the duties of an official, rather than by policy-makers,” he added.

Haavisto presented the course of action to his fellow cabinet members during the evening class, a weekly informal government meeting, in late October.

He on Thursday underlined that no one objected to the proposed course of action.

“I, as the minister, had to find a solution for how to handle the issue. The course of action has been discussed and there were no objections. No one voiced any criticism about this course of action not being the right one,” he said.

The possible repatriations have become a hot political issue in recent weeks. President Sauli Niinistö on Wednesday urged the government to make a clear political ruling on the issue, while the opposition parties have tabled an interpellation to demand answers from the government.

Although there seems to be a political consensus on the need to repatriate children from the camp, the notion of also repatriating their mothers has stirred up security-related concerns especially among the opposition parties. This also poses a practical problem, as the troops in charge of the camp have not allowed children to leave the camp without an adult.

Helsingin Sanomat on Thursday also reported that Finnish women at the camp are not prepared to hand over their children and stay behind in Syria.

Haavisto was asked about the issue yesterday by, for example, Paavo Arhinmäki, the chairperson of the Left Alliance Parliamentary Group.

“Would it even be possible for the government to make a political decision that violates Finnish laws, the constitution and international treaties?” he asked.