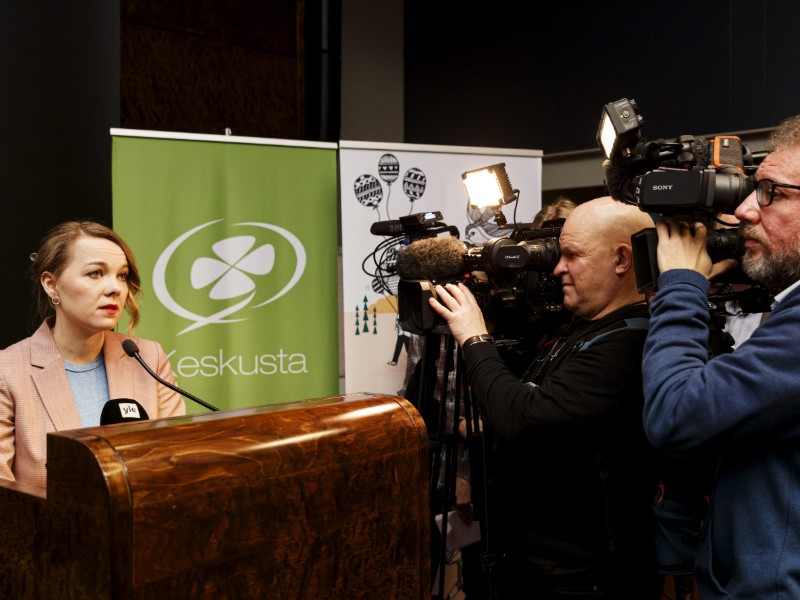 Katri Kulmuni, the chairperson of the Centre Party, told about the outcomes of a joint meeting of the party’s groups in the Finnish and European Parliament in Helsinki on Monday, 9 December 2019. (Roni Rekomaa – Lehtikuva)

KATRI KULMUNI and Mika Lintilä of the Centre are set to swap their ministerial portfolios, with the former taking over the portfolio of minister of finance and the latter that of minister of economic affairs, reports Helsingin Sanomat.

The Centre on Monday announced its ministerial candidates for the government to be formed by the Social Democrats, Centre, Green League, Left Alliance and Swedish People’s Party.

The only change from the current distribution of portfolios is the swap between Kulmuni and Lintilä.

“It’s important that the government’s power duo – the prime minister and minister of finance – works well and that’ll be the strength of this red-ochre government,” Kulmuni was quoted as saying by Helsingin Sanomat.

“I expect this to become a next-generation red-ochre government.”

A red-ochre (Fin. punamulta) government is a term used commonly to refer to a government the core of which is formed by the Centre and the Social Democrats.

The Social Democrats on Sunday selected Sanna Marin, the Minister of Transport and Communications, as its candidate to replace Antti Rinne as the Prime Minister of Finland.

The Swedish People’s Party on Monday announced its portfolios will remain with their current holders. Chairperson Hanna-Maja Henriksson will continue as the Minister of Justice and Thomas Blomqvist as the Minister for Nordic Co-operation and Equality.