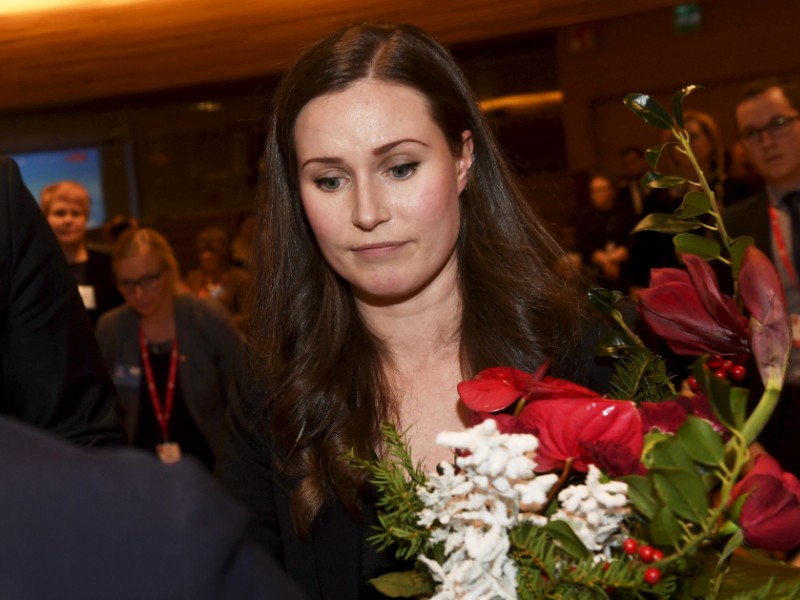 The Social Democrats’ Sanna Marin, 34, is set to become the youngest serving prime minister in the world and the youngest ever in the history of Finland. (Vesa Moilanen – Lehtikuva)

THE PARTY COUNCIL of the Social Democrats has selected Sanna Marin, the Minister of Transport and Communications, as the candidate to take over as the Prime Minister of Finland.

The 34-year-old Marin on Sunday received 32 of the 61 votes cast by members of the party council to win the candidacy over her rival candidate, Antti Lindtman, the chairperson of the Social Democratic Parliamentary Group.

She is therefore on track to become the youngest serving prime minister in the world and the youngest ever in Finland.

“There’s a lot of work to be done,” she stated in her brief acceptance speech, after expressing her gratitude to both Lindtman and Antti Rinne, the interim Prime Minister and chairperson of the Social Democrats.

“We’ll first have to call a meeting between the ruling parties and review the government programme,” she elaborated in a news conference later on Sunday.

Members of the Finnish Parliament are expected to vote on the prime ministerial candidate on Tuesday.

The Social Democratic Party also announced a number of changes to its ministerial portfolios. Deputy Speaker of the Finnish Parliament Tuula Haatainen will take over for Timo Harakka as the Minister of Employment, while Harakka will be named the successor of Marin as the Minister of Transport and Communications.