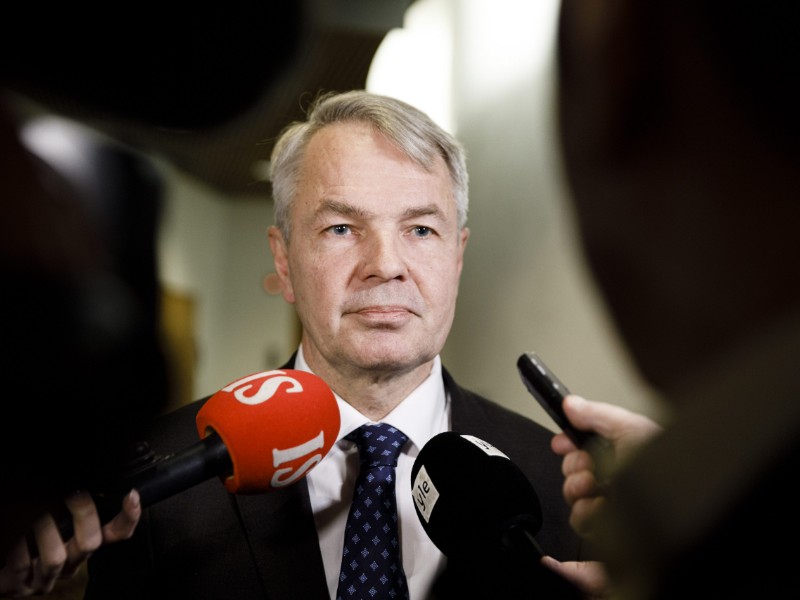 Tuominen on Thursday stated to Helsingin Sanomat that Haavisto has created a climate of fear at the ministry with his actions, warning that if the climate is allowed to take root in the work culture it would pose a serious risk to the rule of law.

“It’s absolutely unsustainable if officials are only allowed to tell the minister about things that he believes will promote his political views,” he commented to the daily newspaper.

“The claim is not accurate,” retorted Haavisto. “I did make the mistake, however, of not having had enough time to spend with the staff during our presidency of the EU.”

The disagreement is related to the situation of Finnish children at al-Hol, a detention camp set up for the women and children of the so-called Islamic State in Syria. Ilta-Sanomat wrote on Monday that Haavisto has pressured Tuominen into arranging consular transport to bring the children back to Finland.

Tuominen turned down the request by saying he alone cannot be made responsible for a life-and-death situation, reportedly to the chagrin of Haavisto.

Ilta-Sanomat also reported that the minister has since re-assigned Tuominen. Haavisto has denied both of the claims made in the report but also confirmed that an additional official has been assigned to weigh up the situation at the detention camp.

The Parliament’s Foreign Affairs Committee on Tuesday voted 10 to 3 in favour of expressing its approval of the course of action taken by Haavisto.

Paavo Arhinmäki (Left Alliance), a member of the Foreign Affairs Committee, stated after the vote that it is clear that the minister, ministry and entire government have acted “precisely as required” by the law.

Juha Parikka, the chairperson of the Union of Civil Servants of the Ministry for Foreign Affairs (UHVY), said UHVY has followed the case with great interest.

“When you undermine the position of a department head in a key position, the personnel have every reason to be concerned. This isn’t a trivial issue that you can just shrug off,” he wrote in a statement published on the website of UHVY on Thursday.

Parikka was baffled especially with the decision to keep most staff members in the dark about the issue.

The Finns Party has threatened to submit an interpellation against Haavisto.

“We are not satisfied with the additional explanations we have received at, for example, the Foreign Affairs Committee, even though the other parties did buy them,” stated Ville Tavio, the chairperson of the Finns Parliamentary Group. “There remains a strong suspicion that Haavisto has not told the truth to the committee and whole Parliament.”