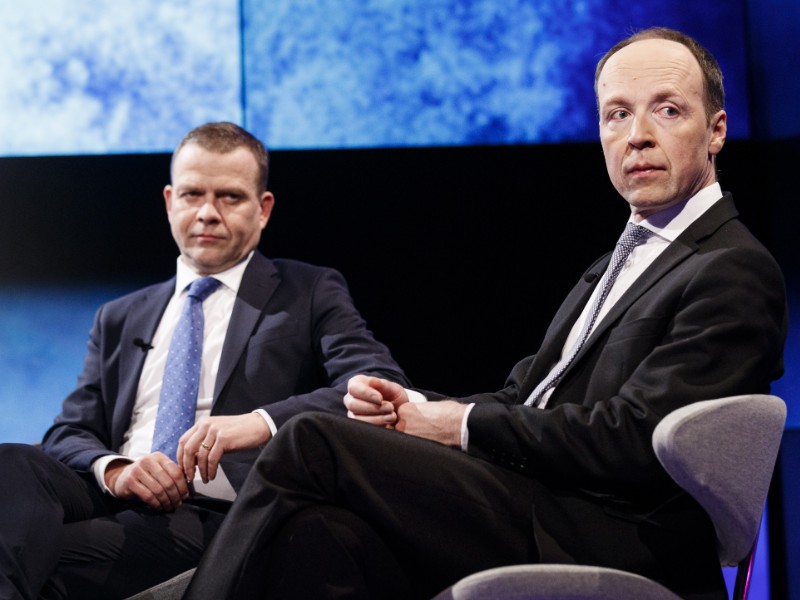 POPULAR SUPPORT for the Finns Party has risen to an all-time high of 24.3 per cent, indicates the latest opinion poll commissioned by YLE.

The populist right-wing party consolidated its standing in the political arena with a notable up-tick of 1.3 percentage points in support from the previous poll – and it was not the only opposition party to do so.

The National Coalition saw its popularity rise by 1.3 percentage points to 18.6 per cent, cementing its status as the second most well supported party in Finland. The Christian Democrats, in turn, recorded an increase of 0.7 percentage points and is currently polling at 3.9 per cent, neck and neck with the Swedish People’s Party.

The Centre and the Social Democrats, the two parties engulfed in the recent coalition crisis, saw their popularity dip by 0.7 and 2.3 percentage points to 13.2 and 10.6 per cent, respectively. Their combined support rating is thereby 0.5 percentage points lower than that of the Finns Party.

The Finns Party has continued to make gains especially at the expense of the Centre and Social Democrats, estimated Tuomo Turja, the research director of Taloustutkimus.

“The party is gaining support […] also from people who haven’t previously been able to tell who they’d vote for, meaning the group of people who aren’t particularly attached to politics,” he said in an interview with the public broadcasting company on Thursday.

Taloustutkimus interviewed a total of 2,944 people for the poll between 11 November and 3 December.

The Green League saw its popularity wane by 0.3 percentage points to 13.9 per cent, but it remains the most popular of the five parties that are expected to continue to govern following the appointment of a new prime minister.

With the Swedish People’s Party also registering a drop of 0.4 percentage points in popular support, the Left Alliance was the only member of the ruling coalition to boost its popularity, from 7.9 to 8.4 per cent, since November.

The five parties forming the caretaker government thereby have a combined support rating of exactly 50 per cent.