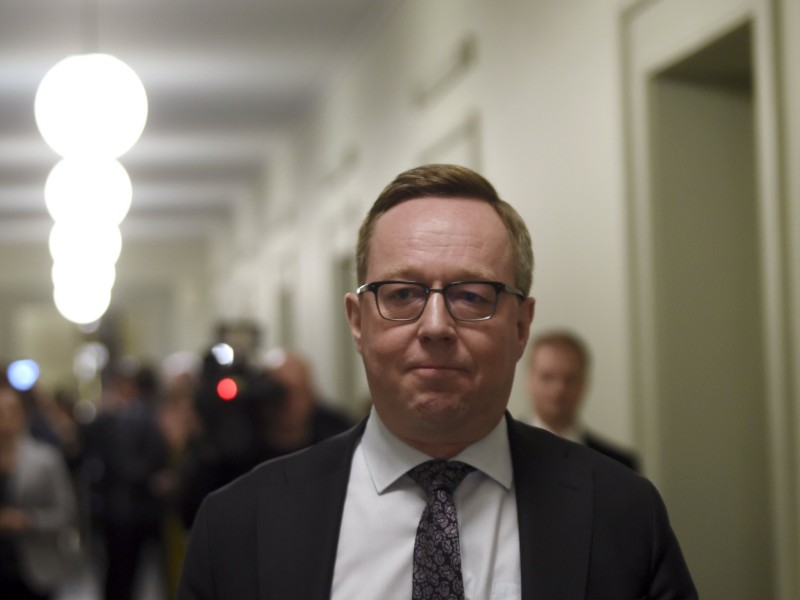 Mika Lintilä, the Minister of Finance, has rejected the claim that the operation to oust Prime Minister Antti Rinne (SDP) was led by Juha Sipilä (Centre). (Markku Ulander – Lehtikuva)

MIKA LINTILÄ (Centre), the Minister of Finance, has denied the claim that the initiative to oust Prime Minister Antti Rinne (SDP) came from Juha Sipilä (Centre).

Iltalehti on Tuesday revealed that it has obtained messages posted in a private Whatsapp group used by the Centre Party, interpreting them as evidence that the initiative to force out the premier came from a group of religious and entrepreneurially minded lawmakers from Southern Ostrobothnia.

“The message from the more calm and serious party members is that they’ve lost confidence in Rinne,” Markus Lohi, a third-term Member of the Finnish Parliament from Lapland, messaged on Friday.

“We have to replace the prime minister or hang up our gloves. This is a summary of the messages I’ve received,” echoed Juha Pylväs, a second-term Member of the Parliament from Ylivieska.

“This is the message also I’ve been getting. Will we be having a group meeting before debating the interpellation?” asked Sipilä.

Lintilä stated to Kauppalehti and Uusi Suomi in Brussels on Wednesday evening that he is very frustrated that the messages were leaked to the public and questioned the manner in which they were interpreted by Iltalehti.

“Snippets of text were taken out of context, attached to your own assessments, maybe even visions,” he said.

“And portraying Sipilä’s question about whether we’d have an extraordinary group meeting before the interpellation debate as some kind of an operation by Sipilä – it’s a completely normal course of action, completely normal,” stressed Lintilä.

Antti Kurvinen, the chairperson of the Centre Parliamentary Group, told MTV yesterday that he ordered that the chat group, the purpose of which was to facilitate information exchange between party members, be closed as soon as the first leak occurred, on Saturday.

“The leak is absolutely outrageous,” he declared on Huomenta Suomi. “The events that led to the prime minister’s resignation, they were prepared and carried out by the party leadership.”

The Centre Party announced it is losing its confidence in Rinne on Monday. Rinne responded to the announcement by demanding that the party specify the reasons for its lack of confidence but handed in his resignation shortly after a meeting with Katri Kulmuni, the chairperson of the Centre, on Tuesday.