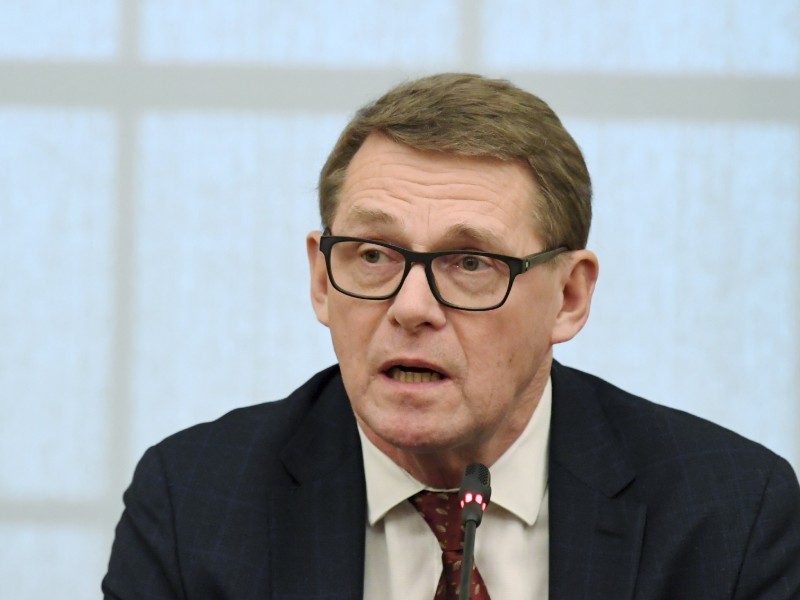 “We don’t even know yet which groups will be taking part in the coalition formation talks. It’s fully up to the parliamentary groups,” reminds Matti Vanhanen (Centre), the Speaker of the Finnish Parliament. (Jussi Nukari – Lehtikuva)

“A representative of the largest parliamentary group will invite the other groups to a meeting, starting the process of forming a new government. The process will then take its own course. Time will tell what kind of stages it’ll include,” he commented in a press conference on Tuesday.

Rinne submitted his letter of resignation to President Sauli Niinistö on Tuesday. He and his fellow ministers will continue to perform their day-to-day administrative duties on a caretaker basis but refrain from drafting and presenting new policy initiatives until a new government has been appointed.

The transition period will therefore also have an impact on the parliamentary work scheduled for the next few weeks, said Vanhanen. The Parliament, he reminded, is set to discuss a large number of government proposals, including the budget proposal for 2020.

“Naturally, all decisions about content are always political matters and the groups must really determine what to do with the matters under consideration in this building,” he said.

“I plead strongly that regardless of which groups will participate in the coalition formation process and negotiations, the old ruling groups will promote the decisions that have been presented to us.”

If the groups fail to agree on the programme or the composition of the government, the most likely outcome would be snap elections, according to Helsingin Sanomat.

Vanhanen on Tuesday admitted the Centre and Social Democrat will both likely have some misgivings towards each other following the events that led to the resignation of Rinne. “They’ll have to live with them,” he responded to Uusi Suomi.

“But let’s not go any further, because we don’t even know which groups will start the negotiations.”