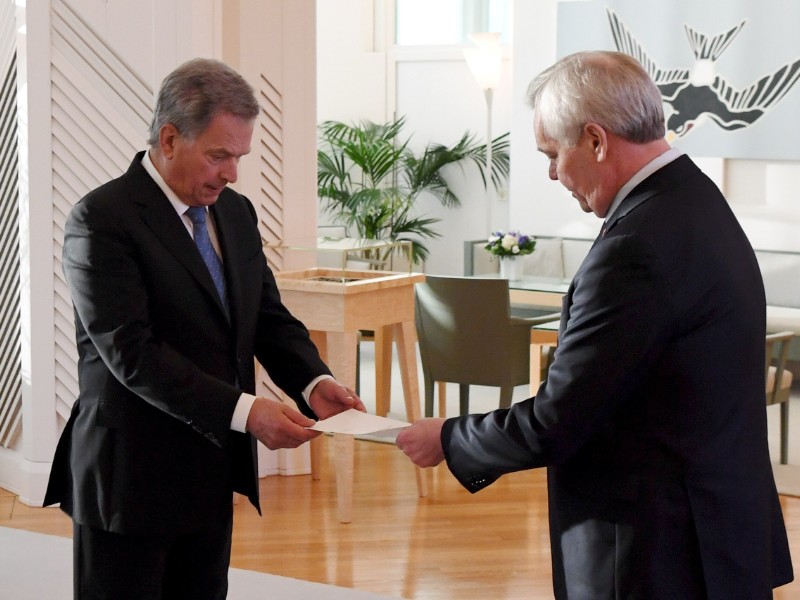 His widely expected resignation came as the conclusion of a few-day coalition crisis set off by his handling of the controversy surrounding Posti and ex-Minister of Local Government and Ownership Steering Sirpa Paatero (SDP).

His resignation was accepted by Niinistö at 12.30pm on Tuesday.

Rinne explained in a press conference less than an hour later that he ultimately decided it was better for him to step aside than stand in the way of implementing the forward-looking government programme.

“If my being prime minister endangers this, I’ll step aside,” he said.

His resignation effectively means the entire government has collapsed, as the prime minister is responsible for co-ordinating the operations and preparing and handling issues within the purview of the government.

Both the Centre and Social Democrats have voiced their willingness to continue to govern with the current coalition composition, not surprisingly given the parties' poor performance in recent opinion polls.

The media attention has already shifted partly to the potential successors of Rinne. Both Antti Lindtman, the chairperson of the Social Democratic Parliamentary Group, and Sanna Marin (SDP), the Minister of Transport and Communications, on Tuesday expressed their interest in the position.

“I won’t shy away from the responsibility,” commented Marin.

The nominee is then expected to begin coalition formation negotiations with the current coalition partners: the Centre, Green League, Left Alliance and Swedish People’s Party. The negotiations may end up a mere formality, given that all of the partners have affirmed their commitment to the current government programme.

Petteri Orpo, the chairperson of the National Coalition, has demanded that the process be open to all parties in the Parliament.

“The National Coalition wants to see coalition formation negotiations that are genuine, open and respectful of democracy between all parliamentary groups,” he was quoted as saying by Helsingin Sanomat.