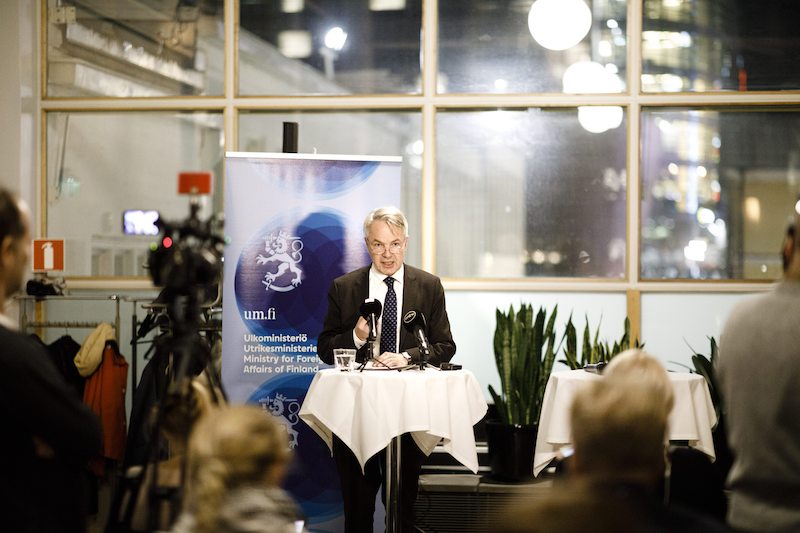 PEKKA HAAVISTO (Greens), the Finnish Minister for Foreign Affairs, has denied the allegation that he pressured a ministry official into arranging returns for Finnish children in al-Hol, a detention camp set up for relatives of the so-called Islamic State in Syria.

“A minister can’t have and hasn’t given an order to carry out an operation to bring back Finns from the camp,” he said in a press conference held late yesterday evening.

Haavisto also denied the claim that he has re-assigned Pasi Tuominen, the head of consular services at the Ministry for Foreign Affairs. The confusion, he estimated, stems from the fact that another diplomat has been assigned to look full-time into the situation of Finnish nationals in al-Hol.

“The director of consular services is still in his role and the role hasn’t been made vacant,” he stressed.

Ilta-Sanomat on Monday wrote that Haavisto pressured Tuominen into arranging a consular return for the Finnish children, but not their mothers, in al-Hol. Tuominen, the daily revealed, was also asked to take full political responsibility for the decision.

Haavisto said the government has approached the issue in accordance with the ruling delivered in October by the Chancellor of Justice, which – in his estimate – means the government must do its utmost to help the children in the camp. The al-Hol camp is believed to house dozens of Finnish nationals.