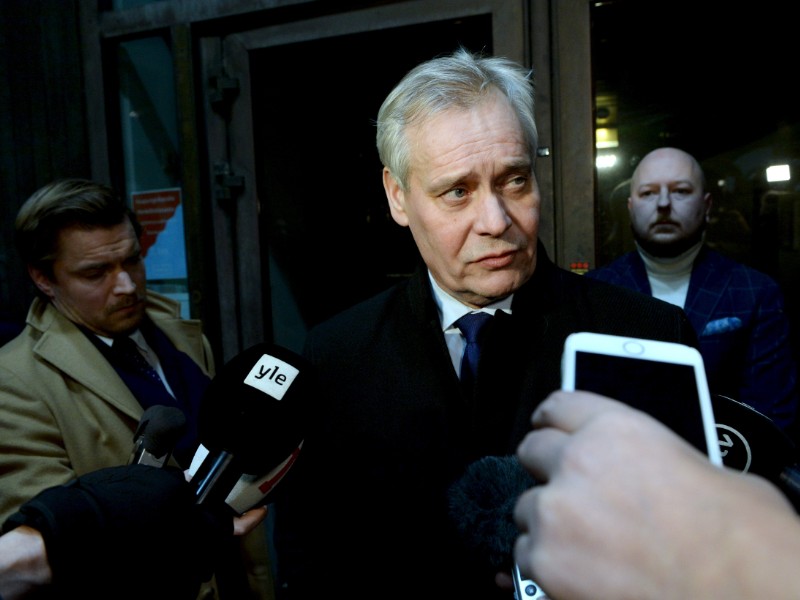 “If my communication has occasionally been unclear, the Centre is communicating even more unclearly. There’s no clue about what they mean and what they want,” he stated to members of the media after discussing the ongoing coalition crisis with his fellow party members in Helsinki on Monday.

Rinne affirmed that he continues to enjoy the full support of the party government of the Social Democrats.

“Tomorrow, for the sake of my own legal protection, I want to get a ‘yes’ or ‘no’ answer with justification [for my future as prime minister]. I have the right to get clear justification,” he declared.

The Centre Party on Monday convened for an extraordinary meeting to continue to mull over its strategy in the aftermath of the debacle revolving around Posti, Rinne and ex-Minister of Local Government and Ownership Steering Sirpa Paatero (SDP).

Katri Kulmuni, the chairperson of the Centre, announced after the nearly two-hour meeting that the parliamentary group is losing its confidence in Rinne.

“Our confidence in the government’s ability to function at the helm of the country is wavering. We hope the Social Democrats will restore it,” she commented, stopping barely short of calling for the resignation of Rinne.

The implication was clear, however.

The Centre’s leadership also stated that it hopes that its coalition partner “draw the necessary conclusions” to restore the government’s ability to function, viewing that the prime minister has failed to provide a satisfactory account of the crisis revolving around Posti, the Finnish state-owned postal services provider.

The Finnish government has little time to re-unite its ranks, as it is set to face a motion of no-confidence orchestrated by the National Coalition on Wednesday. If the Centre answers ‘no’, the prime minister could ask that he, and effectively his government, be relieved of their duties as early as on Tuesday.