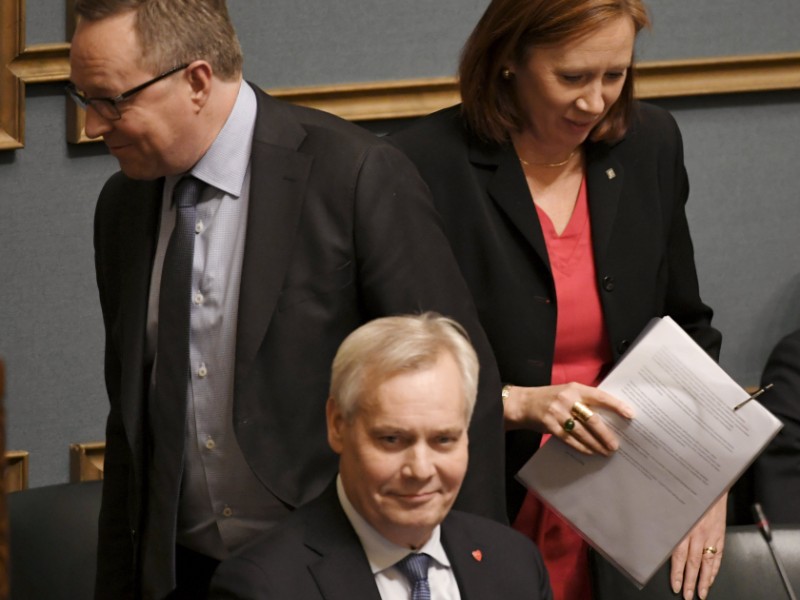 THE QUESTION-TIME DEBATE in the Finnish Parliament on Thursday was expected to heat up due to the controversy lingering around Posti.

The first question related to the state-owned postal services provider, however, did not come until the halfway point of the session, as parliamentary groups expressed their condolences for the passing of Maarit Feldt-Ranta (SDP), a 51-year-old long-term and well respected Member of the Parliament from Karjaa, Southern Finland.

Feldt-Ranta succumbed to stomach cancer on Wednesday, 27 November. She had recovered from the disease twice, but the third recurrence forced her to step away from politics ahead of the latest parliamentary elections.

The parliamentary groups also asked the government about issues such as mental health problems in children and young people before the attention was shifted back to Posti by the National Coalition.

The National Coalition, alongside the Christian Democrats and Now Movement, has tabled an interpellation on ownership steering in connection with the recent controversy at the state-owned company, accusing the government of using “terminological inexactitudes” in reference to the issue.

Prime Minister Antti Rinne (SDP) confirmed yesterday that he drafted the proposal to appoint a special task force to resolve the dispute over the terms and conditions of employment at Posti, which was previously said to have been the preference of Posti and the Finnish Post and Logistics Union (PAU).

Rinne reminded that the protracted dispute had already brought public transport to a halt in the capital region and was threatening to do the same for Finnish exports.

“I doubt that no one is demanding that the prime minister keep his hands off a situation like this,” he said.

Sirpa Paatero (SDP), the Minister of Local Government and Ownership Steering, has faced criticism for providing conflicting information about her knowledge of the issue at the heart of the labour dispute: the transfer of 700 parcel-sorting employees from Posti to Posti Palvelut.

Paatero was thus left under the impression that she had two months to respond to the notification, even though the transfer of business was to take place already on 1 September.

As employees at the state-owned company were gearing up for industrial actions in protest of the transfer, she called a timeout on 3 September. Her special aide, however, was subsequently informed that the transfer of business had taken place two days earlier.

She has cited communication breakdown as the reason for the confusion and pledged to discuss ways to improve communication with the management of Posti.

“It was still my impression that we’re talking about a change in collective bargaining agreement that would take place on 1 November. That’s the date that was mentioned in all of the documents. If the date 1 September was mentioned somewhere in the documents, which I don’t have, I didn’t realise it,” she was quoted as saying by YLE on Tuesday.

Rinne said Posti's board of directors ignored the instructions of the government.

“Minister Paatero declared that the government doesn’t approve, meaning the owner doesn’t approve of [the employee transfer]. After that discussion, Posti changed the situation on the 28th  [of August]: the 700 employees were moved, and it was against the expressed desire of the owner,” he revealed.