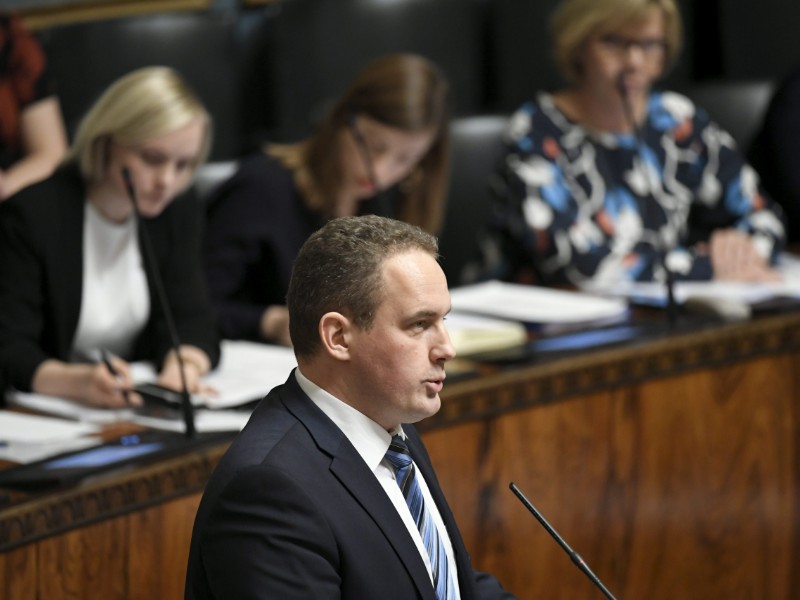 THE FINNS PARTY came under serious criticism as lawmakers dissected its alternative budget in the Finnish Parliament on Wednesday.

Members of the five ruling parties rejected the right-wing opposition party’s claims about the economic impacts of its budget proposal, one even by branding the proposal as an alternate-reality budget.

Minister of Finance Mika Lintilä (Centre) said the Finns Party’s impact assessments differ significantly from those published by the Ministry of Finance. The party is claiming, for example, that making the compensation for informal care providers tax exempt would cost 20 million euros rather than 70 million euros.

The Finns Party also argued that it would be possible to generate savings of 230 million euros by abolishing the production subsidies for wind power.

The claim was contested by Lintilä.

“The production subsidies for wind power can’t be removed from next year’s budget. The state has committed to paying the subsidy to the utilities it has been granted to for 12 years,” he stated, underlining that no new decisions to grant the subsidy will be made.

He also questioned the claim that the alternative budget would decrease the need for borrowing by 193 million euros compared to the budget draft of the government of Prime Minister Antti Rinne (SDP).

“If the Finns Party stands by these proposals, the real number would be completely different,” said Lintilä.

His assessment was echoed by Rinne: “If you remove the impossible spending cuts, the Finns Party’s alternative would increase debt exposure [compared to the government’s budget proposal].”

Many Members of the Parliament also expressed their bafflement with the claim that it is possible to generate savings of 315 million euros in reception and integration costs.

“Suomen Perusta, [a Finns Party-affiliated think tank], is forced to calculate the costs of immigration because no one else is calculating them,” replied Riikka Purra, a deputy chairperson of the Finns Party.

Jani Mäkelä (PS) rejected the criticism by stating that governments over the past couple of decades have spent billions on “immigration and saving the world” while demonstrating a reluctance to spend on education, elderly care, road maintenance and mould-ridden schools.