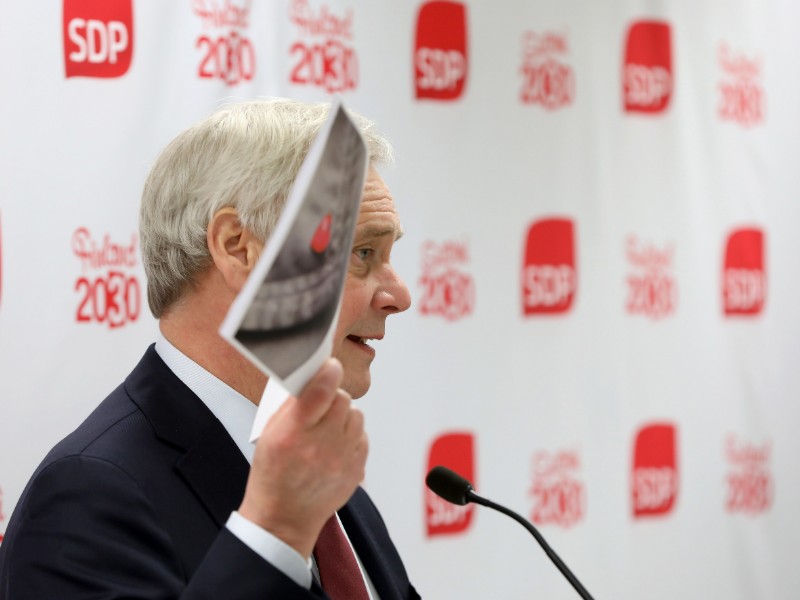 PRIME MINISTER Antti Rinne (SDP) has continued the discussion kindled by his proposal to withdraw 200–300 million euros from the pension system to raise the pensions of low-income women in Finland.

Rinne floated the idea earlier this month, promising that the government would “rectify” the small pensions of women who have struggled to accrue pension benefits because of the family leave system.

“There’s a need spend around 200–300 million euros on correcting them,” he declared in the Finnish Parliament on 7 November. “The starting point is that this money could be used – without endangering the employment pension system in any way – to fix the pensions of low-income women who have had a long career.”

His proposal was shot down by both trade unions and employer organisations.

“I don’t understand how the stakeholders in the labour market system – the central organisations of trade unions and employer organisations – have shot down an idea, which is still in its infancy, to rectify the built-in, ugly flaw in the pension system,” he stated in a speech before the party council of the Social Democrats on Saturday.

Rinne also viewed that the issue warrants a serious and solution-oriented discussion.

“You’re free to call this a declaration or whatever you like, but I have to remind you that this is ultimately a responsibility for the government and the Parliament,” he said.

The prime minister also broached on other pension-related issues in his speech, reminding that the guarantee pension will be raised by 50 euros and the national pension by 34 euros a month as of the start of 2020.

The increases, he added, are the first step towards realising his widely publicised campaign promise to raise small pensions by 100 euros a month.