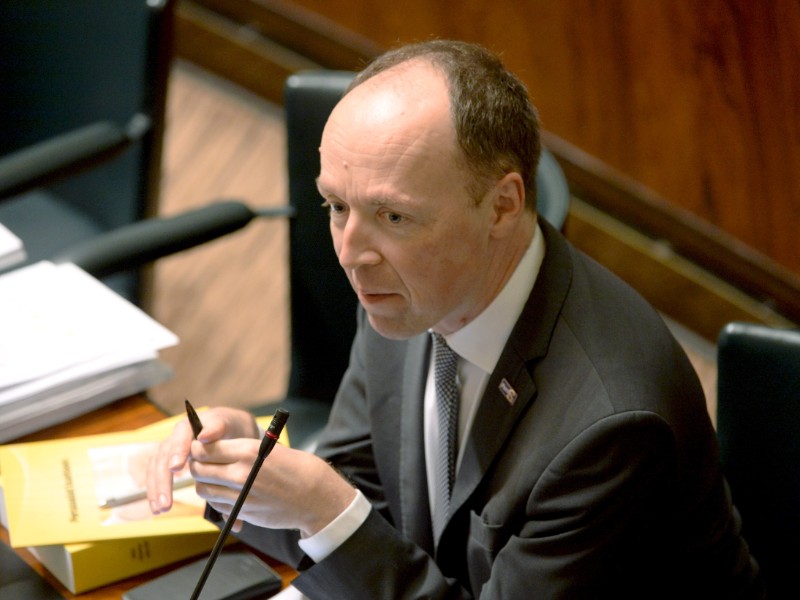 Jussi Halla-aho, the chairperson of the Finns Party, was photographed during a question-time debate in the Finnish Parliament on Thursday, 14 November 2019. (Mikko Stig – Lehtikuva)

JUSSI HALLA-AHO, the chairperson of the Finns Party, has drawn attention to the judgement delivered yesterday in a case related to the expulsion of an Iraqi asylum seeker by the European Court of Human Rights (ECHR).

“Unfortunately Finland can’t guarantee immortality to the people removed from here, not even to the people here,” he stated in the Finnish Parliament on Thursday.

The ECHR on Thursday ruled that the expulsion violated articles two and three of the Convention for the Protection of Human Rights and Fundamental Freedoms. Finnish authorities, it said, failed to adequately assess the risks the expulsion presented to the middle-aged man, especially the risks arising from tensions between Shia and Sunni Muslims.

The Sunni man was killed shortly after returning voluntarily to Iraq.

Halla-aho reminded that the criteria for granting international protection is set forth in both domestic and international legislation. He added that although it is regrettable that there is violence in Iraq, the country will not become any less violent by relocating its residents to Finland.

“Is the foreigners’ security taking precedence over that of Finns,” he asked Maria Ohisalo (Greens), the Finnish Minister of the Interior.

Also Veronika Honkasalo (Left Alliance) asked how the government intends to ensure it no longer infringes the non-refoulement principle.

“The judgement is shameful for Finland,” replied Ohisalo. “It’s the first time and hopefully also the last time.”