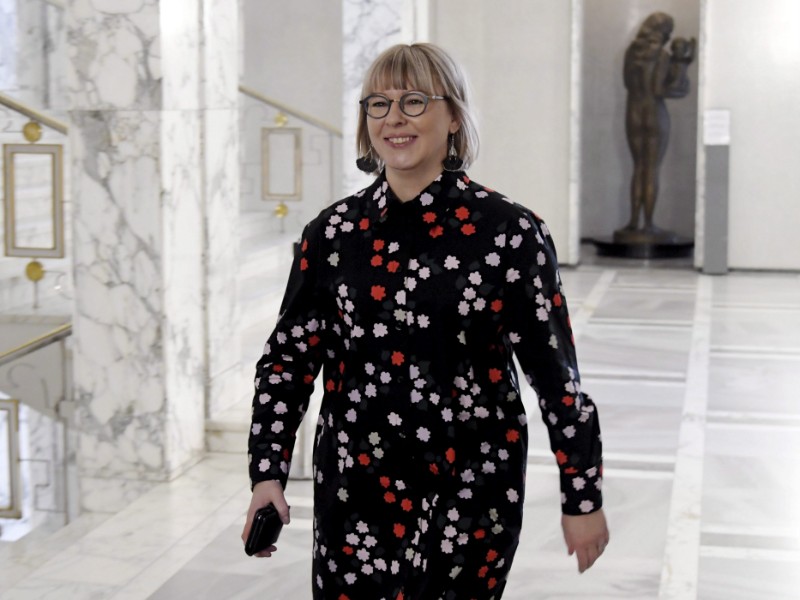 Minister of Social Affairs and Health Aino-Kaisa Pekonen (Left Alliance) told YLE on Friday that she is supportive of removing penalties for the use of cannabis. (Markku Ulander – Lehtikuva)

AINO-KAISA PEKONEN (Left Alliance), the Minister of Social Affairs and Health, has revealed she is supportive of the idea of de-criminalising cannabis use, reports YLE.

“I’m in favour of not dishing out punishments for cannabis use. If people weren’t convicted for that kind of behaviour, it’d encourage them to seek treatment,” she explained to the public broadcasting company on Friday.

Prime Minister Antti Rinne (SDP) and Minister of Justice Anna-Maja Henriksson (SFP) both emphasised last week that the government is not intent on amending the criminal code to remove penalties for cannabis use.

“The government won’t be presenting such a proposal to the Parliament,” Rinne said on Thursday.

Minister of the Interior Maria Ohisalo (Greens) in October confirmed that the Green League is supportive of de-criminalising the use of all drugs.

The ongoing debate about punishments for drug use began after a citizens’ initiative calling for the de-criminalisation of use and possession of small amounts of cannabis racked up the 50,000 signatures needed for presenting it to the Finnish Parliament.