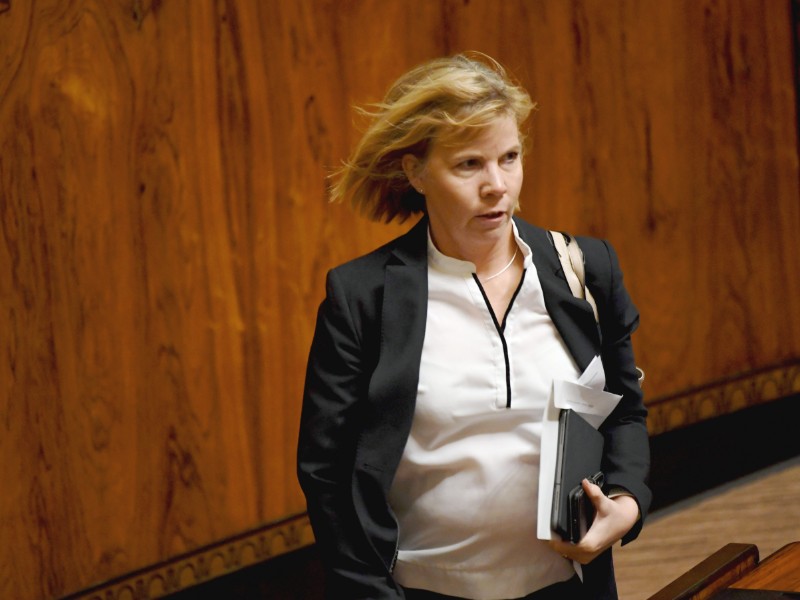 Minister of Justice Anna-Maja Henriksson (SFP) on Thursday reminded that the government programme makes no mention of the possibility of amending the criminal code to de-criminalise the use of cannabis or other illegal drugs. (Antti Aimo-Koivisto – Lehtikuva)

MEMBERS of the Finnish government have dashed cold water on hopes that the use of cannabis will be de-criminalised in Finland.

Peter Östman (Christian Democrats) demanded in the Finnish Parliament on Thursday that the government clarify its position on the issue following the statements of Minister of the Interior Maria Ohisalo, the chairperson of the Green League.

Ohisalo stated late last month that the ruling party is supportive of the idea of de-criminalising the use of all illegal narcotics.

Minister of Justice Anna-Maja Henriksson (SFP) responded to Östman by pointing out that the government programme makes no mention of the possibility of amending the criminal code to that effect.

“And it’s very clear,” she said. “Citizens naturally have the right to make citizens’ initiatives, and all citizens’ initiatives [with at least 50,000 backers] will then be discussed in the Parliament. Also this issue, given how far it has gone, will be commented on by the Ministry of Justice. I personally see that this is very clear: the government will not be amending the criminal code in this regard.”

Her message was echoed by Prime Minister Antti Rinne (SDP).

“We’re not moving forward in this regard,” he stressed. “But in the same breath I have to say that it’s important to base drug policy decisions on the growing volume of data at our disposal. There’s all kinds of data on cannabis, and I believe the development of research data will have to be monitored going forward.”

“Representative Östman, you can close this discussion. There’s no need to discuss: this government won’t be presenting such a proposal to the Parliament,” said Rinne.

The debate about the punitiveness of drug use erupted after a citizens’ initiative for de-criminalising the use and possession of small amounts of cannabis received the backing of over 50,000 Finns.