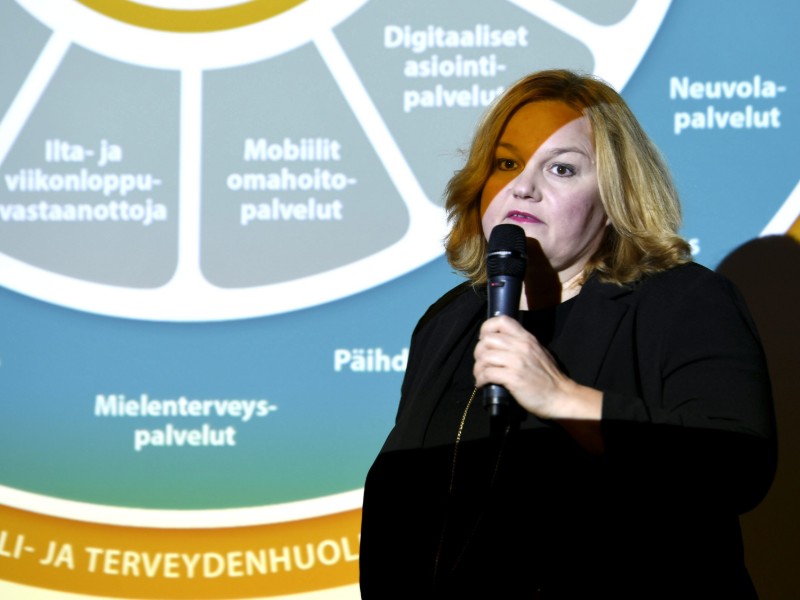 THE GOVERNMENT of Prime Minister Antti Rinne (SDP) has shed further light on its plan for the long-awaited social and health care reform in Finland.

The government yesterday unveiled its draft proposal for disbursing the roughly 70 million euros in state subsidies set aside for municipalities and joint municipal authorities for developing social and health care services in 2020.

Most of the funding will be distributed based on the population of each region.

The regional development projects will be supported and co-ordinated by the National Institute for Health and Welfare (THL). Applications for the state subsidies will be accepted as of December 2019.

Krista Kiuru (SDP), the Minister of Family Affairs and Social Services, said in a press conference that the primary aim of the reform is to strengthen basic-level services and, overall, shift the focus towards preventive work. The basic-level services will be developed by establishing broad-based social and health care centres to ensure patients have access to the services they require under the same roof.

“The care guarantee will be stepped up and, going forward, people will receive the treatment they need in a week,” promised Kiuru.

“We are currently investing in basic services and moving the focus towards preventive work. Also social and health care professionals will have to engage in close co-operation to make sure the situation of patients can be examined as a whole.”

Kiuru on Tuesday pointed out that the inability of the social and health care system to tackle problems in time has unfortunately led to the focus shifting increasingly towards special health care services.

“This is a rather harsh trend,” she stated, referring to graph showing that young people with mental health problems are treated in special health care eight times more often than in the mid-1990s.

She also stated that the 70 million euros in subsidies will be used to hire the doctors needed to make the seven-day care guarantee a reality. The latest calculations estimate that a total of 1,000 new doctors and multi-professional co-operation will be needed to realise the guarantee, according to her.

“Not all people have health problems that require seeing a doctor,” she said.

The subsidies, she promised, will not be amended in the central government budget.

“These are large sums because there has to be a genuine opportunity to hire the doctors we need, but also to do something extra. This is permanent money,” underlined Kiuru.