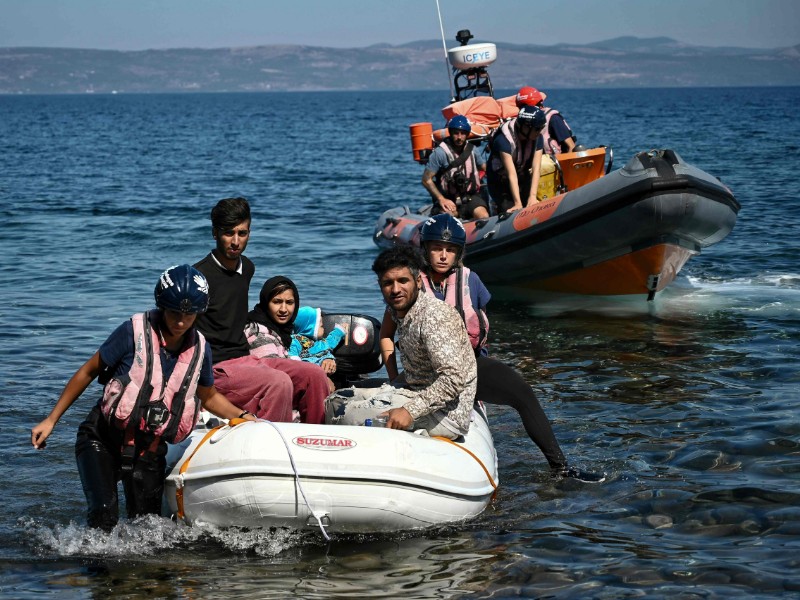 Migrants being helped by rescuers upon their arrival on the Greek island of Lesbos after crossing the Aegean Sea from Turkey on 16 September 2019. (Aris Messinis – AFP/Lehtikuva)

THE CENTRE and Swedish People’s Party have found themselves at odds over a recently proposed mechanism to help migrants rescued from the Mediterranean.

Germany, France, Italy and Malta stated late last month that they have struck an agreement on the temporary and voluntary burden-sharing mechanism, and that they hope that as many EU member states as possible will commit to the mechanism.

The Finnish government has yet to announce whether it will participate in the mechanism, although it is “supportive” of the effort, according to Maria Ohisalo (Greens), the Minister of the Interior.

Mikko Kärnä (Centre) has voiced his reservations about the mechanism, most recently in an interview with Helsingin Sanomat. Finland, he underscored, should participate in the mechanism only if it has the backing of the majority of member states.

“The Centre will not approve of any decision that does not include the majority of EU countries. No special decisions will be approved, either,” he declared.

His statement provoked a response from Eva Biaudet (SFP).

“It can’t be that Mikko Kärnä is the one who defines the government’s opposing position on participation in the temporary solution for migrants in the Mediterranean. I’d say Finland and the government should absolutely participate actively,” she stated on Twitter.

“Protecting people will always be the first priority for asylum policy,” added Biaudet.

Kärnä underlined that he has not defined the position of the government but that of the Centre Party, which according to him is simply demanding that the ruling parties remain committed to the government programme.

“It contains no agreement on anything like this,” he said.

Antti Kurvinen, the chairperson of the Centre Parliamentary Group, has confirmed the position of the party, elaborating that its participation is conditional on that of all 28 member states. Also Prime Minister Antti Rinne (SDP) has indicated that the government will require that roughly 20 member states participate in the mechanism.

Anders Adlercreutz, the chairperson of the Swedish People’s Parliamentary Group, urged the government to set an example to other member states by committing to the mechanism.

“I think it’s clear that a small, peripheral member state such as Finland should always be supportive of developing these kinds of burden-sharing mechanisms because, in another set of circumstances, the burden that is now affecting Italy and Greece could be affecting Finland. It’s a guarantee that especially those who are now critical of burden-sharing will be calling for burden sharing,” he said.