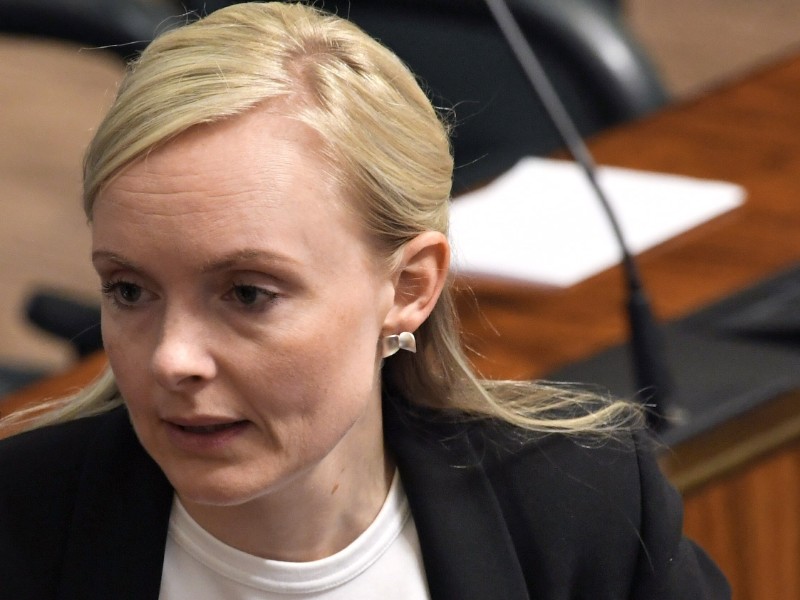 Maria Ohisalo (Greens), the Minister of the Interior, says Finland has yet to determine whether it will participate in the mechanism for re-settling migrants agreed on earlier this week by Germany, France, Italy and Malta. (Heikki Saukkomaa – Lehtikuva)

MINISTER OF THE INTERIOR Maria Ohisalo (Greens) had to defend her actions and the immigration policy of Finland in the Finnish Parliament on Thursday.

Riikka Purra (PS) warned that the agreement found by Germany, France, Italy and Malta on a temporary mechanism for re-settling migrants rescued from the Mediterranean will lead to an up-tick in drownings because it will encourage more people to attempt the journey to Europe.

Finland, as the current president of the Council of the EU, was in attendance as an observer as the four countries thrashed out the agreement in Birgu, Malta, on Monday.

“International maritime laws alone stipulate that no one must be left to drown. That’s what this is about,” replied Ohisalo.

She reminded that the mechanism devised by the quartet is temporary by nature and that talks are ongoing also about the possibility of ramping up the resources of the European Border and Coast Guard Agency (Frontex).

“You asked earlier how many people would come to Finland. The government hasn’t outlined anything in this regard, but we’ll discuss it together. The EU presidency’s goal is specifically to establish this kind of a temporary mechanism and find as many member states as possible to commit to it. Finland will weigh up whether to join the mechanism later,” said Ohisalo.

The European Union has long struggled to tackle the issue of migrants crossing the Mediterranean. Its member states along the northern shore of the sea have had to shoulder the bulk of the burden due to the reluctance of other member states to re-settle the migrants. Malta, the smallest member of the soon-to-be 27-country bloc, has taken initiative as it is located along a route between Libya and Europe.

The Finns Party on Thursday also stated that the government should prepare for a repeat of the migrant crisis of 2015.

“We had no reasons whatsoever to accept asylum seekers from Sweden. We didn’t have any in 2015, nor do we have any now,” declared Purra.

“Whenever the Finns Party says it's horrified about the year 2015, it’s good to remember that it was in the government until 2017. Including in 2015,” she wrote on Twitter on Thursday.