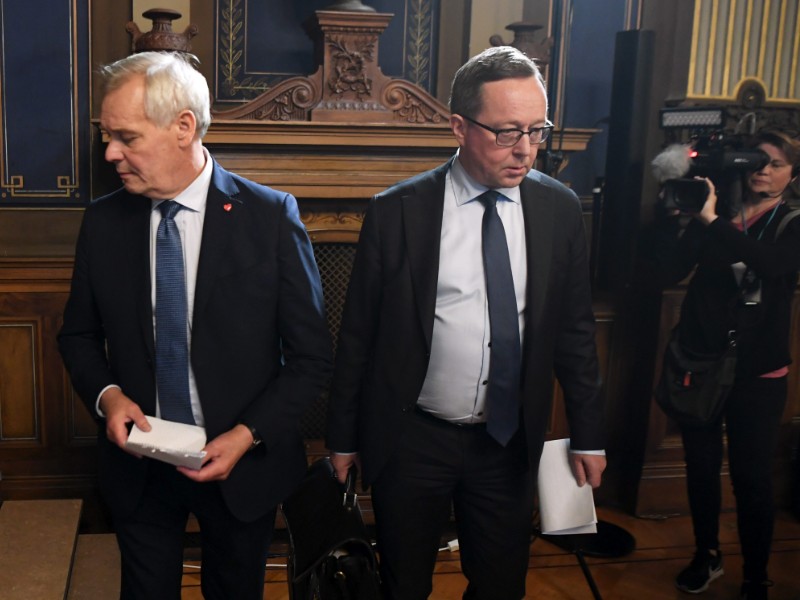 THE FINNISH GOVERNMENT will dish out over 230 million euros to enable municipalities to adjust to the loss of tax revenue arising from the amendments introduced to the prepayment act.

Prime Minister Antti Rinne (SDP) estimated yesterday evening after the government had wrapped up its budget session that municipalities are between a rock and a hard place due to the uncertainty surrounding their tax revenues.

“That’s why we decided to spend the 230 million euros related to the holiday bonus cuts already in this year’s supplementary budget to provide first aid for the expected problems in the municipal sector as quickly as possible,” he commented.

The central government budget will have a deficit of two billion euros in 2020, according to Minister of Finance Mika Lintilä (Centre). He underlined yesterday that the government nevertheless has no intention to compromise on its objective to raise the employment rate to 75 per cent and wipe out the deficit by the end of its term in office, in 2023.

The Finnish government will attempt to spur economic growth by launching a broad investment programme.

Lintilä revealed that the government will draw up a proposal to expand the right of businesses to deduct the acquisition costs of investments to also cover service providers, instead of only manufacturing companies.

The government is also exploring the possibility of introducing a tax incentive that would allow businesses to deduct half of the costs of their research and development projects with universities and research institutes over a four-year period. The incentive could be adopted as soon as next year.

Both Business Finland and Finnvera will additionally see their operating budgets increase.