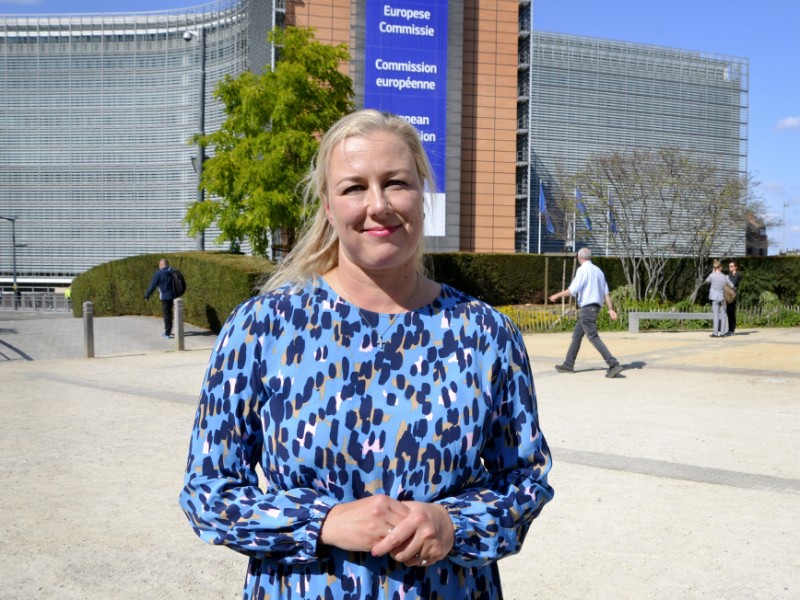 Jutta Urpilainen (SDP), the European commissioner-designate for international partnerships, spoke to Finnish reporters outside the headquarters of the European Commission in Brussels on Tuesday, 10 September 2019. (Anniina Luotonen – Lehtikuva)

THE PRELIMINARY DISTRIBUTION of European Commission portfolios has kindled a heated debate in Finland.

Jutta Urpilainen (SDP), the Finnish nominee to the European Commission, was on Tuesday announced as the commissioner-designate for international partnerships – to the disappointment of those who had expected her to be in the running for a role with more budgetary and legislative influence.

“Urpilainen’s portfolio of international partnerships is on the one hand important, but on the other insignificant in terms of EU legislation,” commented Juho Romakkaniemi, the chief executive of Finland Chamber of Commerce.

Jussi Halla-aho, the chairperson of the Finns Party, compared the gap between the expectations and outcome to the performances of Finnish contestants in the Eurovision Song Contest.

His assessment was rejected by ex-Prime Minister Alexander Stubb (NCP), who insisted that the commissioner for international partnerships is one of the most important members of the European Commission.

Liisa Jaakonsaari (SDP), a former Member of the European Parliament, stated that Africa has the potential to establish itself on the world stage in a similar fashion to China. “Urpilainen received a true future portfolio,” she underscored.