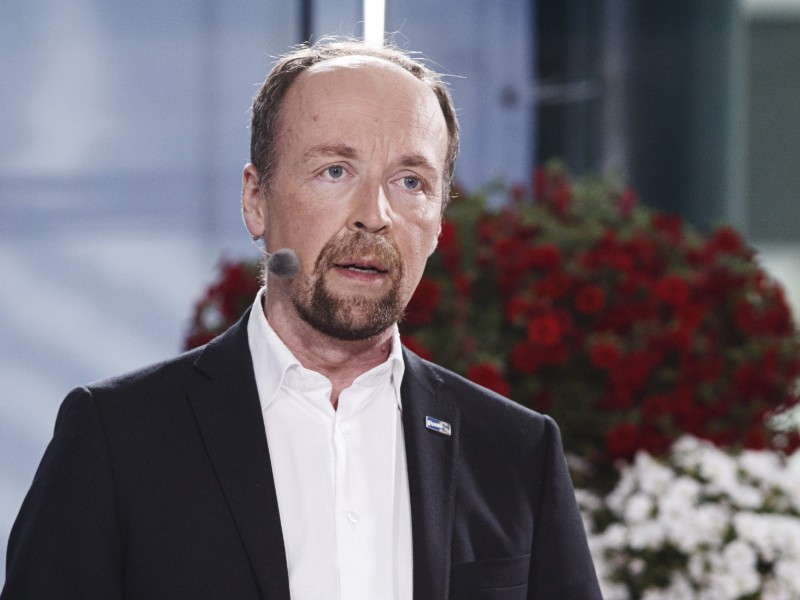 Jussi Halla-aho, the chairperson of the Finns Party, continues to lead the most popular political party in Finland, according to a new opinion poll by Helsingin Sanomat. (Roni Rekomaa – Lehtikuva)

VOTER SUPPORT for the Finns Party has dipped for only the second time this year, according to Helsingin Sanomat.

An opinion poll published this morning by the daily newspaper indicates that voter support for the populist, right-wing opposition party decreased by 0.7 percentage points to 20.0 per cent between late July and late August.

Both the National Coalition and Social Democrats contrastively registered an up-tick of 0.7 per cent in popular support – to 17.4 and 17.2 per cent, respectively – and find themselves a little over 2.5 percentage points behind the poll-topping Finns Party.

The changes in the support ratings of other parties were marginal.

“How well the Centre’s new leadership manages to convince the party members watching from the sidelines is cause for some speculation,” Sakari Nurmela, the research director at TNS Kantar, commented to Helsingin Sanomat.

TNS Kantar conducted the poll between 29 July and 23 August.

The Left Alliance saw its popularity rise by 0.2 percentage points to 8.2 per cent, whereas the Swedish People’s Party and Christian Democrats both registered a 0.1 percentage point-drop in popularity, to 4.4 and 3.8 per cent respectively.

All changes in the popularities of parties fall within the poll’s margin of error.