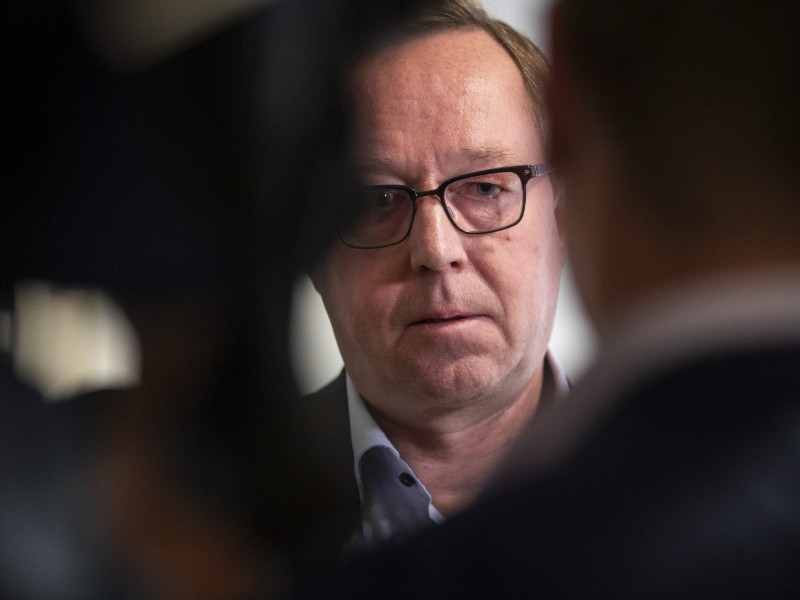 Mika Lintilä (Centre), the Finnish Minister of Finance, says he will talk about how to harness economic policy for the benefit of the environment with his ministerial colleagues in Helsinki on 13–14 September. (Akseli Muraja – Lehtikuva)

FINLAND and the European Union should look quickly into the possibility of banning beef exports from Brazil, views Mika Lintilä (Centre), the Minister of Finance.

Banning Brazilian beef and soya imports has been proposed as a means to compel the country to take action to stop the large-scale blazes raging in the Amazon, the largest expanse of tropical rainforests in the world.

It is widely suspected that at least some of the fires were set by local agricultural business owners to clear land for farming and livestock rearing.

Lintilä and Felipe Larraín Bascuñán, the Chilean Minister of Finance, are the two leaders of a global coalition of finance ministers that intends to harness economic and fiscal policy tools for the effort to combat climate change.

“We at the coalition are working to tackle climate change with the most effective possible measures. The remits of ministries of finance include numerous steering measures – such as coal pricing, public economy planning, and public investment and procurement management – that can curb climate change,” Lintilä reminded in a press release last week.

“There is a risk that these measures become useless if carbon sinks are systematically destroyed and we have no tools to react to the devastation that is accelerating climate change,” he added.

The European Union, he underscored, must take resolute action to address the situation.

Lintilä promised that if the bloc fails to make progress he will bring up the issue as the chairperson of the Economic and Financial Affairs Council (Ecofin). The EU’s finance ministers will convene for an informal meeting in Helsinki on 13–14 September.