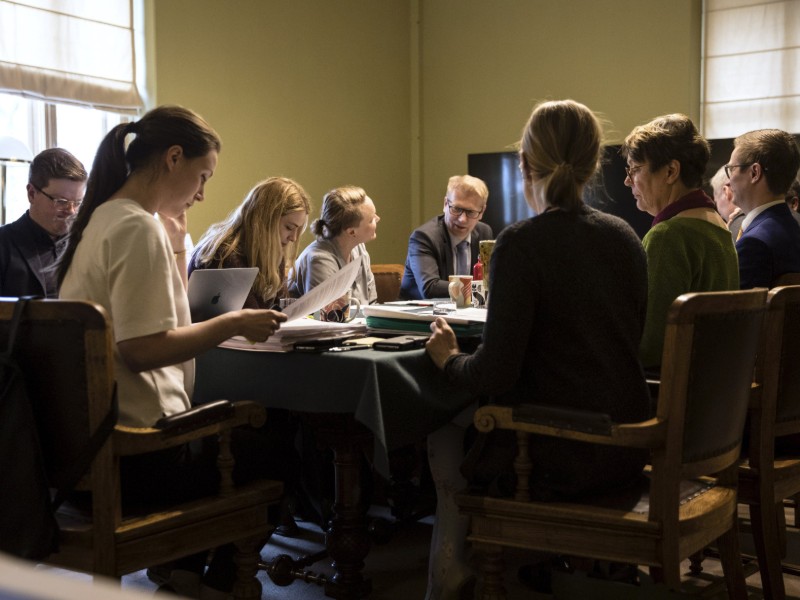 Issue-specific task forces were a key feature of the coalition formation negotiations led by the Social Democratic Party. A photograph from a meeting of the task force focusing on biodiversity and carbon neutrality. (Handout – Laura Kotila, Office of the Prime Minister)

PRIME MINISTER Antti Rinne’s (SDP) comments about the coalition formation negotiations have raised eyebrows among members of the National Coalition.

Matias Marttinen (NCP), a first-term Member of the Finnish Parliament from Satakunta, reminded on Thursday that the National Coalition’s economic policy approach was based on recommendations made by the Ministry of Finance.

“If Rinne is accusing the National Coalition of having an extremely right-wing and unclear approach, he’s actually accusing experts at the Ministry of Finance,” he remarked on Twitter.

Rinne on Thursday said in the Social Democratic Parliamentary Group’s summer meeting that the National Coalition ruled itself out of coalition co-operation for pursuing “an extremely right-wing and largely unclear” economic policy. He viewed already in the run-up to the parliamentary elections that economic policy making must not be based solely on the forecasts of the Ministry of Finance.

The National Coalition is simply seeking to balance public finances and build a small buffer to cope with the next recession, retorted Marttinen.

“The main tools are reforms that promote employment and patience when it comes to increasing spending. Fiscal adjustments would’ve also been in the toolbox, if the employment measures had been sufficient,” he stated.