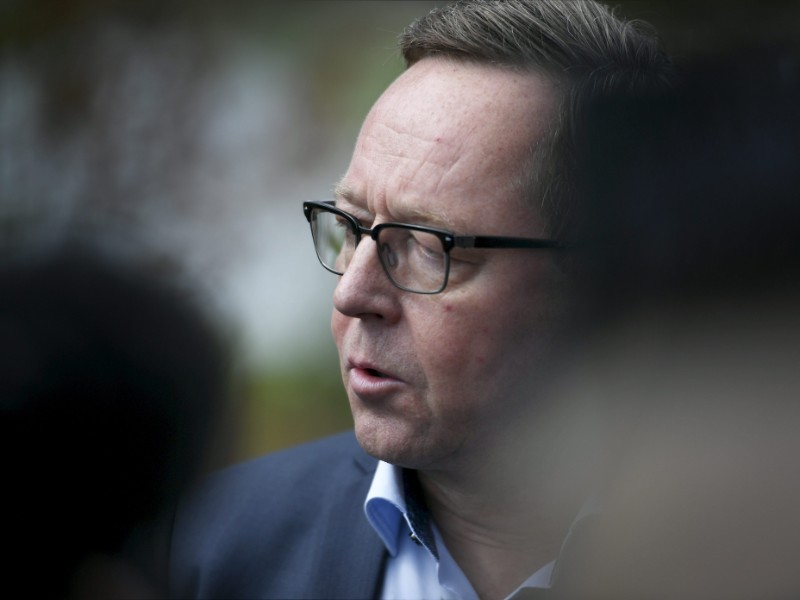 Minister of Finance Mika Lintilä (Centre) talked to the media in the midst of the first day of budget talks at the Ministry of Finance in Helsinki on Tuesday, 13 August. (Martti Kainulainen – Lehtikuva)

MINISTER OF FINANCE Mika Lintilä (Centre) has cast light on the contents of the budget negotiations that began yesterday at the Ministry of Finance.

Lintilä on Tuesday stated that consumers should prepare for the eventuality that tax rates on alcohol, tobacco and fossil fuels are raised as soon as at the beginning of next year. “We’ll look into the timetable as far as [the increases] are concerned on Tuesday and Wednesday,” he commented to Kauppalehti.

The Finnish government, he said, is monitoring the development of the passenger imports of alcohol and tobacco from the Baltics, following substantial alcohol tax cuts introduced in Estonia and Latvia. The effects of what has been called a booze war between the countries have thus far been limited, according to him.

Lintilä hinted that it is possible that the government chooses to distribute the tax increases between beers, spirits and wines in a way that curbs passenger imports.

The Finnish government is planning on compensating for the hikes in tax rates on alcohol, tobacco and fossil fuels by introducing income tax cuts worth 200 million euros to low and middle-income earners. The fate of the income tax cuts will depend on the timetable for introducing the indirect tax hikes.

The Ministry of Finance will continue its budget deliberations today and intends to submit its budget draft to other ministries on Friday.