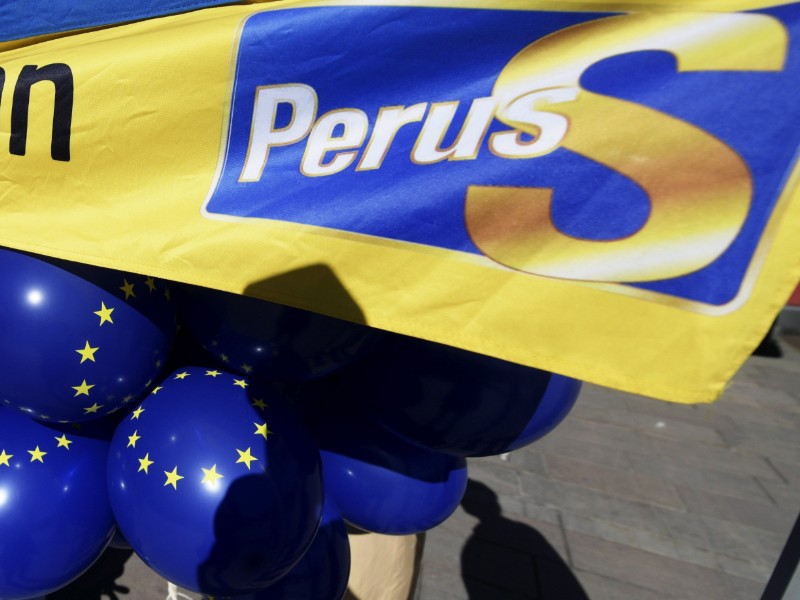 The Finns Party’s campaign booth at Narinkkatori Square in Helsinki on 9 May 2019. (Vesa Moilanen – Lehtikuva)

THE FINNS PARTY is part of the far right, according to Oula Silvennoinen (Greens), a researcher at the University of Helsinki.

“It’d be good to make it clear also to the viewers what we mean by the far right,” he stated on YLE A-studio on Wednesday. “It’s a relatively broad term that incorporates right-wing extremists, neo-Nazi organisations like the Nordic Resistance Movement and radical right-wing parties like the Finns Party.”

“The Finns Party directly fits the definition of right-wing radicalism [in terms of] its approach to authoritarianism, hierarchical society and categorical thinking,” explained Silvennoinen.

His assessment was firmly rejected by Riikka Slunga-Poutsalo, an ex-party secretary of the Finns Party.

“I wouldn’t start pigeonholing the Finns Party as a far-right party,” she countered. “The Finns Party is a centrist party. Our party’s political decisions, programmes and all the things we promote, and how we deal with voters are all in the centre. The old left—right [political] axis is from a bygone era. We’re a conservative party, yes, but not a far-right one.”

The Finns Party, she underlined has not marched under Nazi flags.

“Not under Nazi flags, but together with Nazis every Independence Day,” retorted Silvennoinen.

His statements provoked heated debate also on social media. Sebastian Tynkkynen (PS) accused YLE of using Silvennoinen regularly as an expert on its broadcasts despite his clearly having a political agenda.

“What kind of a researcher can seriously claim that the Finns Party – which with its 20.7 per cent-approval rating is the most popular party in Finland – is a far-right party? Oula Silvennoinen is used regularly by YLE due to his status as a researcher, even though he clearly has a green agenda,” he wrote on Twitter on Thursday.

Many replied to his tweet by pointing out that the popularity of a party has nothing to do with how the party is positioned on the political spectrum.

“Silvennoinen is a very capable and recognised researcher. If his analyses are lacking, which of course is a possibility, criticising them due to his being a member of a party is not good enough,” stated Jukka Kekkonen, a professor of legal history and Roman law at the University of Helsinki.