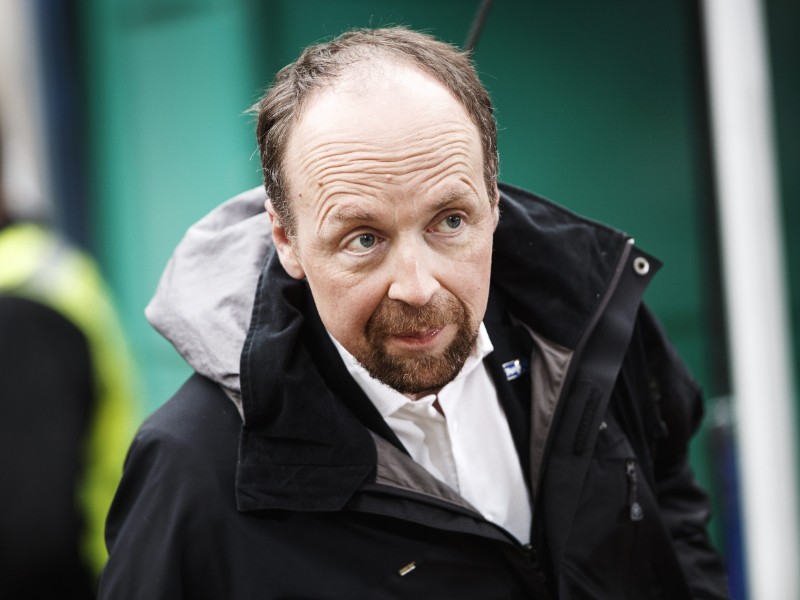 The Finns Party’s ascent in polls has been all but unprecedented under the leadership of Jussi Halla-aho. (Roni Rekomaa – Lehtikuva)

THE FINNS PARTY has continued on a steep upward trajectory in the most recent opinion poll commissioned by Helsingin Sanomat.

The newspaper reported this morning that more than a fifth (20.7%) of respondents expressed their support for the populist, right-wing opposition party, signalling an increase of 1.5 percentage points from the previous month.

“We haven’t seen anything of the like in recent times,” Sakari Nurmela, a research director at TNS Kantar, commented to Helsingin Sanomat. “It’s a majestic rise. The Finns Party has managed to gain support twice before ahead of the parliamentary elections. But on the other hand, the rapid rise has been followed by a decline in support.”

“It’ll be interesting to see which direction their support moves this time around,” he added.

A total of 2,248 people were interviewed for the poll between 1 and 26 July by TNS Kantar.

The National Coalition and Social Democrats are practically neck and neck as the second and third most popular parties in the country with their respective support ratings of 16.7 and 16.5 per cent, according to the poll. The Green League registered an up-tick of 0.9 percentage points and is polling at 14.0 per cent – 1.8 percentage points above the Centre Party.

Both the Centre and National Coalition have been losing support especially to the Finns Party, Nurmela told Helsingin Sanomat.

The Left Alliance took a minor step back and is currently projected to win 8.1 per cent of the popular vote. The Swedish People’s Party and Christian Democrats, meanwhile, stood pat at 4.5 and 3.9 per cent, respectively, according to the poll.

Over 55 per cent of Finns thus remain supportive of the government of Prime Minister Antti Rinne (SDP).