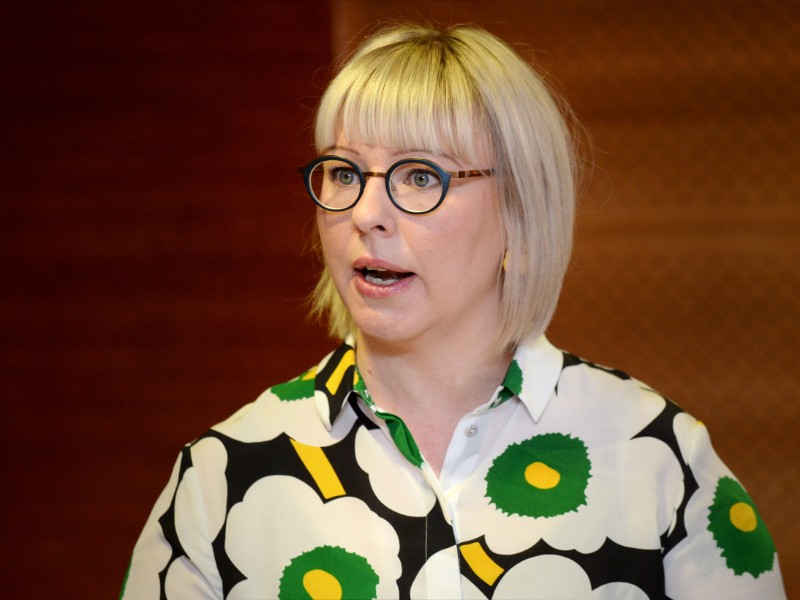 Minister of Social Affairs and Health Aino-Kaisa Pekonen (Left Alliance) says the government is proud to be able to propose a sizeable increase in small pensions. (Mikko Stig – Lehtikuva)

OVER 600,000 Finnish pensioners are set to see a small increase in their pensions under a draft bill unveiled by the government on Wednesday.

The net increases would be paid to pensioners with monthly pensions lower than 1,200–1,300 euros, with lowest-earning pensioners being entitled to the full 50-euro increase and higher-earning ones to smaller increases. A total of 609,000 pensioners are estimated to benefit from the proposal.

“We are delighted and proud to be able to propose a sizeable, 50-euro increase in small pensions. This proposal would extend the increase to those whose daily lives would be the most strongly impacted by the additional money,” commented Aino-Kaisa Pekonen (Left Alliance), the Minister of Social Affairs and Health.

The press release also indicates that the increases would be carried out in a way that they would only have a small impact on the housing allowances of pensioners.

The Finnish government earmarked a total of 183 million euros a year for raising lowest pensions in its government programme. Prime Minister Antti Rinne (SDP) famously promised more than a year ago at the start of his successful election campaign to raise pensions not exceeding 1,400 euros a month by 100 euros over a several-year period.