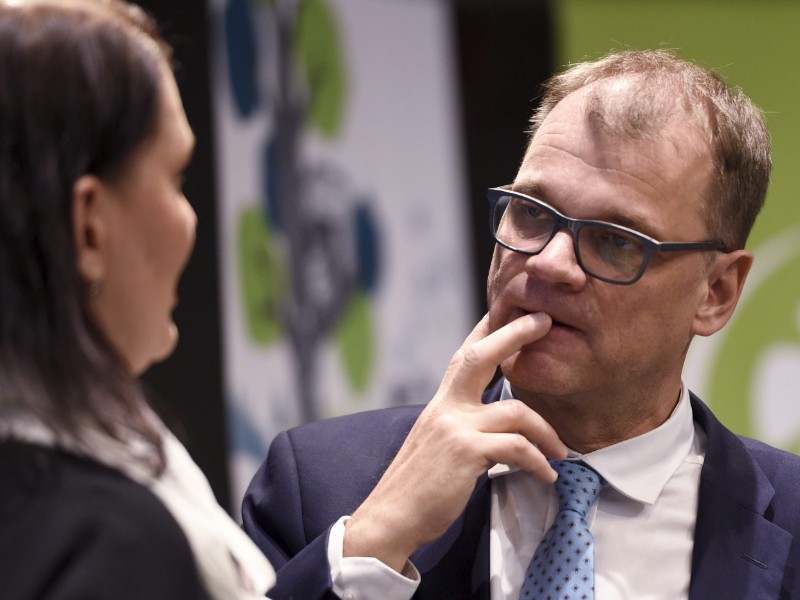 Riikka Pirkkalainen (left) and Juha Sipilä (right) of the Centre Party parlayed at a party meeting in Helsinki on 5 June 2019. (Martti Kainulainen – Lehtikuva)

RIIKKA PIRKKALAINEN, the secretary of the Centre Party, has expressed her alarm at the results of the latest opinion poll by YLE.

Pirkkalainen on Thursday wrote on Facebook that the approval rating of 11.7 per cent recorded for the party is “horrific”, estimating that the party has found itself in a deep downward spiral due to major changes in the political landscape in Finland.

Pirkkalainen said the plunge is, at least partly, attributable to the growing popularity of the “political extremes”: the Finns Party and Green League. The two parties, she said, are fighting for space also near the centre of the political spectrum, making life increasingly difficult for the “solutions-oriented” Centre Party.

“The political landscape is undergoing massive change, and the post-election trends in popularity tend to continue for some time. The Centre, however, should not use this as an excuse not to carry out a brisk self-analysis,” she wrote.

The party, she added, also should not expect to rebound automatically after electing its new chairperson in September. Minister of Defence Antti Kaikkonen (Centre) and Minister of Economic Affairs Katri Kulmuni (Centre) have thrown their hats into the ring to replace the outgoing chairperson, Juha Sipilä (Centre).

Pirkkalainen said the Centre should refrain from focusing solely on monthly polls and set its sights further into the future. “The first objective of course is to put an end to the slide in support. I think it’d be enough of an accomplishment to reverse the trajectory by the end of this year,” she estimated.

She also revealed that she has considered – and urges also others to consider – what would happen if the centrist agrarian party failed to recover from its slump.