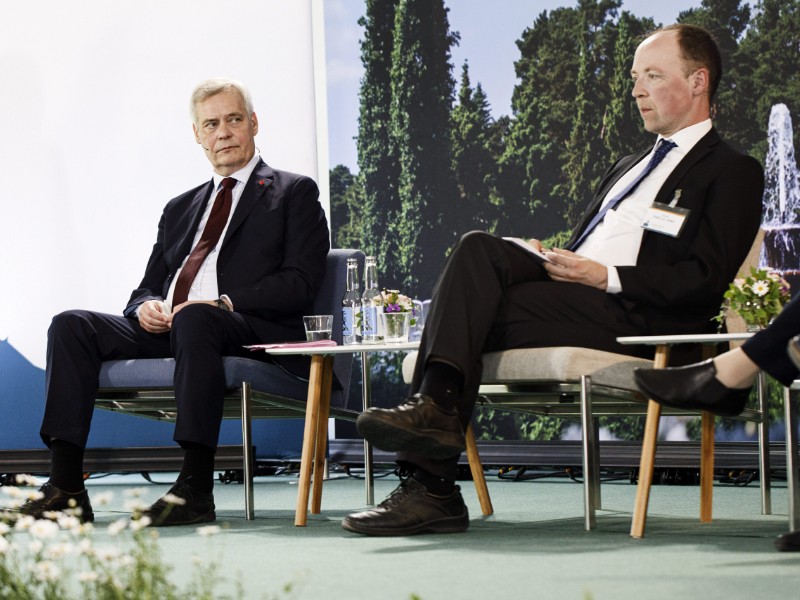 A NEW OPINION POLL by YLE shows that popular support for the two largest ruling parties has dipped following the publication of the government programme.

The Social Democratic Party, the public broadcaster reported yesterday, saw its popularity decrease by 1.3 percentage points to 16.1 per cent between June and July, falling behind both the Finns Party and National Coalition.

Support for the Centre Party fell to a record-low of 11.7 per cent following a drop of 0.7 percentage points between June and July.

The poll was conducted between 5 June and 2 July by Taloustutkimus.

The five-party ruling coalition is therefore supported by over 55 per cent of Finns.

The Finns Party, however, remains clearly the most popular party in the country, with almost a fifth (19.7%) of the 2,446 people surveyed voicing their support for the populist right-wing opposition party. The National Coalition Party effectively stood pat at 16.8 per cent but emerged as the second most popular party due to the tumble taken by the Social Democrats.

Tuomo Turja, the managing director of Taloustutkimus, said to YLE the Finns Party is clearly the most popular party among working-class voters but is appealing increasingly also to business owners.

“The Finns Party is threatening the National Coalition as the biggest party among entrepreneurs,” he viewed.