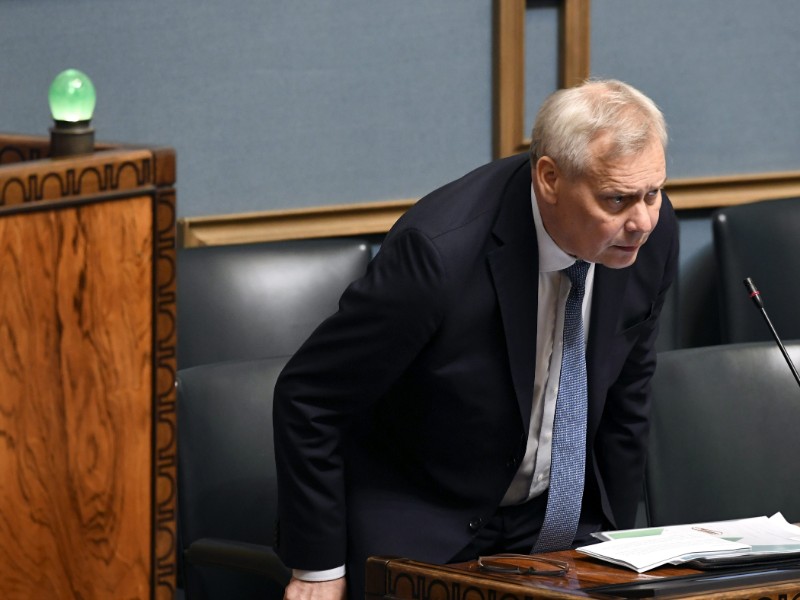 Prime Minister Antti Rinne (SDP) on Thursday said in the Finnish Parliament that the government is not considering evacuating Finnish citizens living in camps set up for the relatives of IS members. (Heikki Saukkomaa – Lehtikuva)

FINLAND has not revised its asylum policy despite agreeing to take in up to eight migrants from a rescue boat that arrived in Lampedusa, Italy, on Saturday, assures Prime Minister Antti Rinne (SDP).

“This was a one-off decision that was related to the fact that 40 people were at sea for two weeks. We wanted to start our presidency by deciding to take responsibility like this – this time. There’ll be no particular change in Finland's policy,” he stated to MTV on Saturday.

The Ministerial Committee on European Union Affairs on Friday ruled that Finland can take in no more than eight migrants from the vessel that last week defied orders not to enter Italian waters after a two-week stand-off with the Italian government.

Maria Ohisalo (Greens), the Minister of the Interior, estimated that the decision to take in the migrants signals a change in the asylum policy of Finland, provoking criticism from both sides of the aisle in the Finnish Parliament.

“When the Greens were in the opposition, it was enough to speak nicely about all kinds of things. There was talk about humaneness and human rights. Now that you’re holding a ministerial portfolio, you have to be ready to make decisions on difficult and complicated issues and take responsibility for them,” commented Ben Zyskowicz (NCP).

Ohisalo recently also suggested that the government continues to weigh up the possibility of evacuating Finnish citizens from camps for the women and children of the so-called Islamic State.

Rinne on Thursday stated that the act on consular services does not provide grounds for repatriating the women and children held in the detection camp. “We’re not considering any evacuation measures. They’re in no way applicable here,” he declared in the Finnish Parliament.