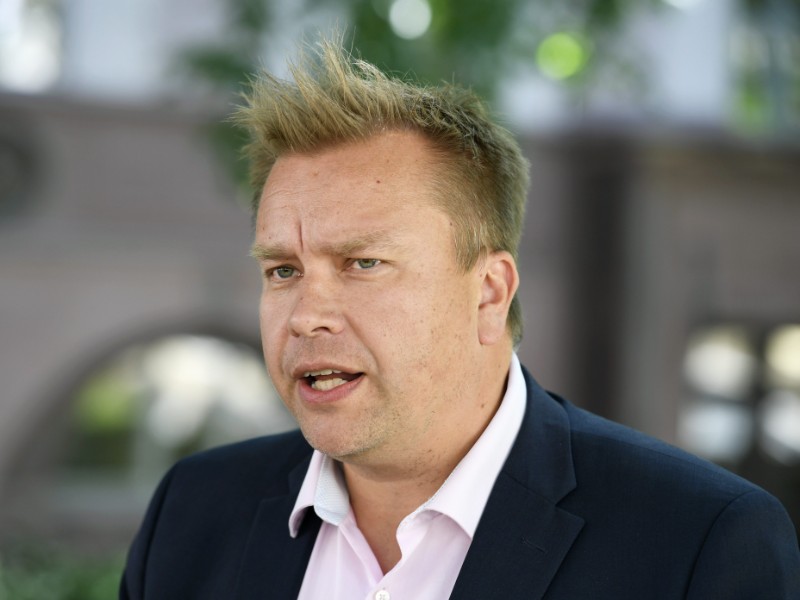 Minister of Defence Antti Kaikkonen (Centre) on Tuesday became the first to announce his interest in becoming the next chairperson of the Centre Party. (Martti Kainulainen – Lehtikuva)

ANTTI KAIKKONEN (Centre), the Minister of Defence, has thrown his hat into the race to become the next chairperson of the Centre Party.

Kaikkonen announced his interest in taking over the reins of the party in a press conference on Tuesday, saying he is not yet prepared to comment on whether he would also take on the portfolio of the minister of finance if he was elected chairperson.

He added, however, that it would be natural for the chairperson to wield the most important portfolio of the Centre Party.

The portfolio is currently wielded by Mika Lintilä (Centre).

Kaikkonen also viewed that the sentence delivered to him for his role in the campaign finance scandal of 2007 would not affect his capability or eligibility to assume either position.

“We’re talking about events that happened more than 10 years ago,” he reminded. “The case is closed and the sins have been paid for as far as I’m concerned. I’ve learnt my lesson. Even the Chancellor of Justice has examined the issue and concluded that it’s not an obstacle.”

If Kaikkonen was to emerge victorious from the leadership race and take on the portfolio of the minister of finance, he could consider passing on his current portfolio to Mikko Savola (Centre), a 37-year-old second-term Member of the Finnish Parliament from Vaasa.

Chairperson Juha Sipilä will relinquish the reins of the Centre in September. Kaikkonen is currently the only party member to voice his interest in succeeding the ex-prime minister. Minister of Family Affairs and Social Services Annika Saarikko (Centre) in April stated that she will not be in the running.