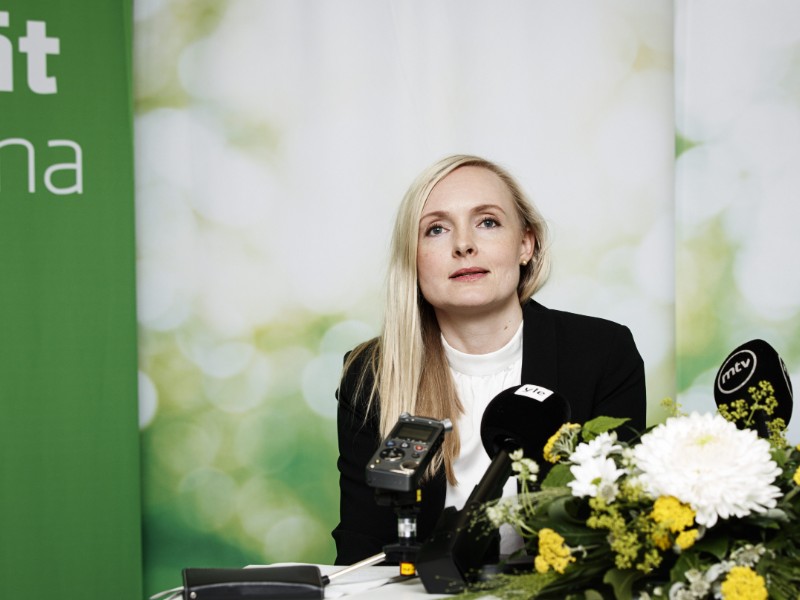 MINISTER OF THE INTERIOR Maria Ohisalo (Greens) has been elected as the new chairperson of the Green League.

Ohisalo, a 34-year-old first-term Member of the Finnish Parliament from Helsinki, was the only candidate in the leadership election held in conjunction with the party conference of the Green League in Pori on Saturday.

The Green League, she gauged, has helped to bring issues such as poverty and climate change to the very core of policy-making in Finland.

“Combating climate change and poverty are the most important functions of politics. They aren’t asides in politics. That’s something the Greens have demonstrated. We’ve turned them into major political issues,” she declared in addressing her party comrades for the first time as the chairperson of the Green League.

Ohisalo, who is also known as a poverty researcher, stressed that the effort to combat climate change must be such that no one is left behind.

“We only have one Earth, which is in a state of emergency. We have to make decisions and take action to preserve the planet for future generations. Nothing less will do. Young people must be able to trust that we’ll tackle climate change today rather than tomorrow. Climate change must be tackled in a way that everyone can keep up. I want to build a Finland where the social safety net works,” she stated.

The Finland of breadlines, she highlighted, is not a welfare state.

“Poverty. I’ve seen it, I’ve experienced it, I’ve studied it. My dear friends, poverty can be eradicated. The Finland of breadlines is not a welfare state. Eradicating poverty is right. And it’s smart.”

Ohisalo viewed that her ministerial responsibilities offer her an opportunity to promote policies that are based on human rights and a broad understanding of security. Social exclusion, she added, is currently the largest internal security threat in the country, meaning that social policy is the best form of security policy.

She also underlined that it will be futile to influence her decisions by bullying or making threats online.