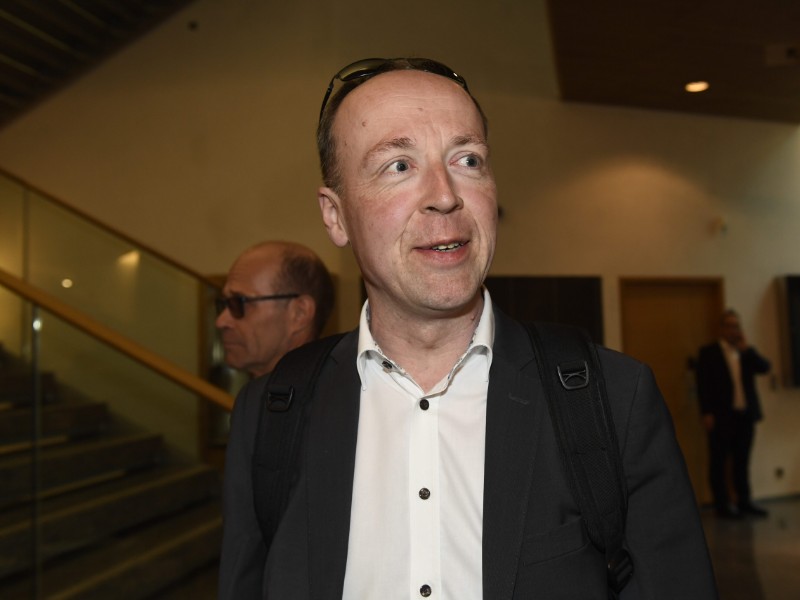 Jussi Halla-aho, the chairperson of the Finns Party, says the opposition-bound right-wing party is in need of continuity after the successful campaigns of many of its key personnel in this spring’s elections to the Finnish and European Parliament. (Vesa Moilanen – Lehtikuva)

JUSSI HALLA-AHO, the chairperson of the Finns Party, has announced his willingness to lead the populist right-wing party for at least another two years.

“Almost our entire leadership group will change,” he highlighted on a video posted on social media. “This is why I’m announcing my availability for a second term as the party’s chairperson.”

Halla-aho revealed he considered the issue carefully and concluded that the lull in the election cycle, along with his transition from the European Parliament to Finnish Parliament, will create an environment where he will be able to dedicate himself to handling the duties “with the piety needed and live a more normal life than previously”.

The Finns Party won 17.5 per cent of the vote in the parliamentary elections held in Finland in April, falling only 0.2 percentage points short of upsetting the pre-election favourite, the Social Democrats.

The party will hold its party conference in Tampere on 29–30 June.