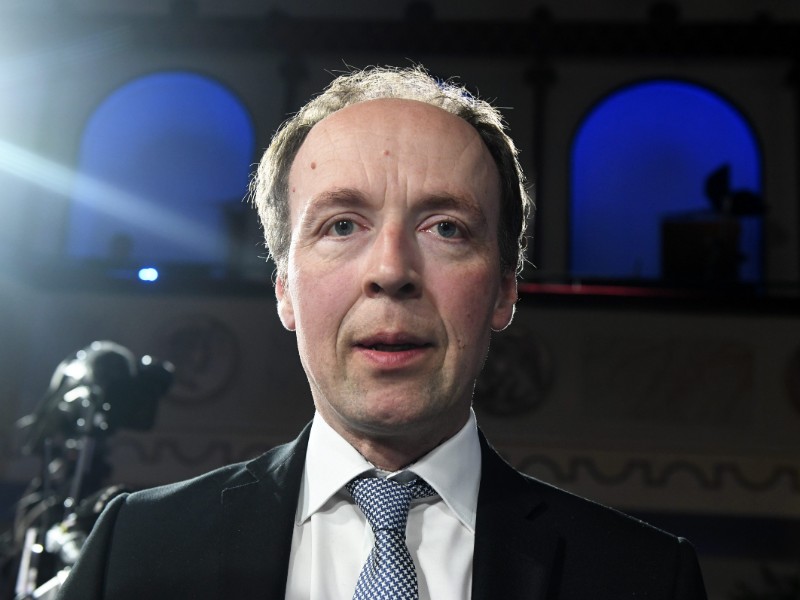 Jussi Halla-aho, the chairperson of the Finns Party, was photographed in the right-wing party’s election-night event in Helsinki on Sunday, 26 May. (Vesa Moilanen – Lehtikuva)

A NEW NATIONALIST, anti-immigration political group is set to be formed in the European Parliament.

Jussi Halla-aho, the chairperson of the Finns Party, on Monday revealed that nine parties from as many member states have already expressed their interest in forming the new political group in Brussels.

“There are parties from nine different countries that are committed to joining. Together they’ll have over 70 MEPs,” he commented. “The intention is to talk to the representatives of all parties that have signed up to join about this in Brussels on Wednesday. Things are looking quite good for the time being.”

Halla-aho underlined that it has yet been set in stone that the group will be led by Matteo Salvini, the federal secretary of Italy’s Lega Nord. Lega Nord was one of the most successful right-wing populist parties in the recent elections to the European Parliament, winning over a third (34%) of the votes cast in Italy.

“Nowhere has it been announced that the group will be led by Salvini or Lega. But it does look right now that Lega is the largest of the parties that have signed up in terms of the number of MEPs,” said Halla-aho.

He also reminded that the situation may continue to evolve in the coming days.

Along with Lega Nord and the Finns Party, the new nationalist group will include Alternative for Germany (AfD), the Freedom Party of Austria (PFÖ) and the Danish People’s Party. Also Marine Le Pen, the president of the French National Rally, has announced her interest in forming a minority bloc in the European Parliament with Salvini.

Despite the gains made by Lega Nord and the National Rally, Sunday’s European elections were not the triumph of right-wing populism many expected them to be. Nationalists in Austria and Denmark, for example, lost support in the elections.

Halla-aho on Monday also commented briefly on the much-discussed ties of several nationalist parties to Russia, underlining that a certain diversity of opinions must be tolerated in such a large group.

“The presumption here is that we’ll put together the group based on a couple of common denominators and accept the fact that there may be slightly different views on many questions – just like there are in other groups,” he said.