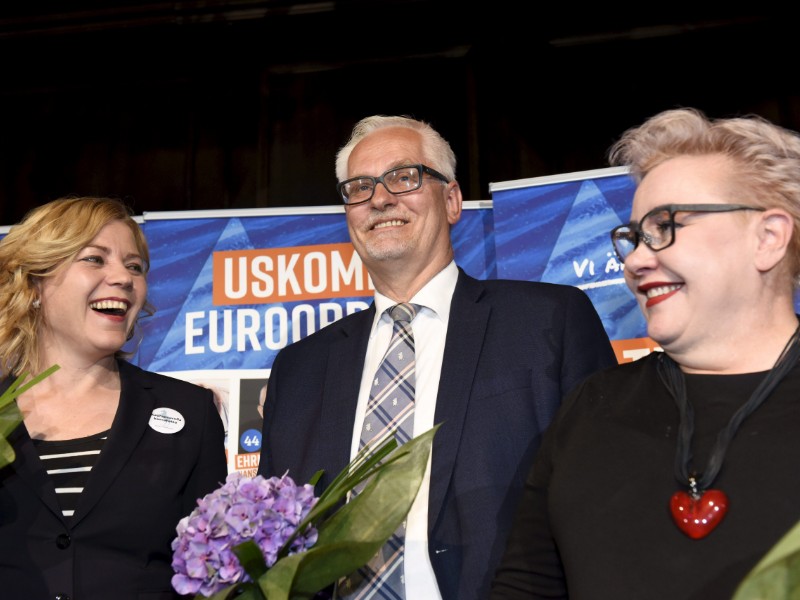 THE ELECTIONS to the European Parliament held on Sunday were a win, although not an emphatic one, for pro-EU parties in Finland.

The party is also secured the additional seat that will be due to Finland if the United Kingdom leaves the European Union.

The Social Democratic Party, in turn, registered a noticeable but – given its standing as the country’s largest party – probably slightly disappointing up-tick of 2.3 percentage points in support to clinch two seats with a vote share of 14.6 per cent.

Although the National Coalition, Green League and Social Democrats are all supporters of a strong European Union, the elections were not an emphatic win for pro-EU parties in Finland.

The Finns Party, the foremost euro-sceptic party in Finland, saw its vote share grow by one percentage point to 13.8 per cent and will have two representatives in the European Parliament in 2019–2024.

The 13th and final seat went to Nils Torvalds of the Swedish People’s Party.

The results are largely in line with those reported in other EU countries, with the traditional big parties suffering losses and green, liberal and nationalist parties contrastively increasing their presence in Brussels.