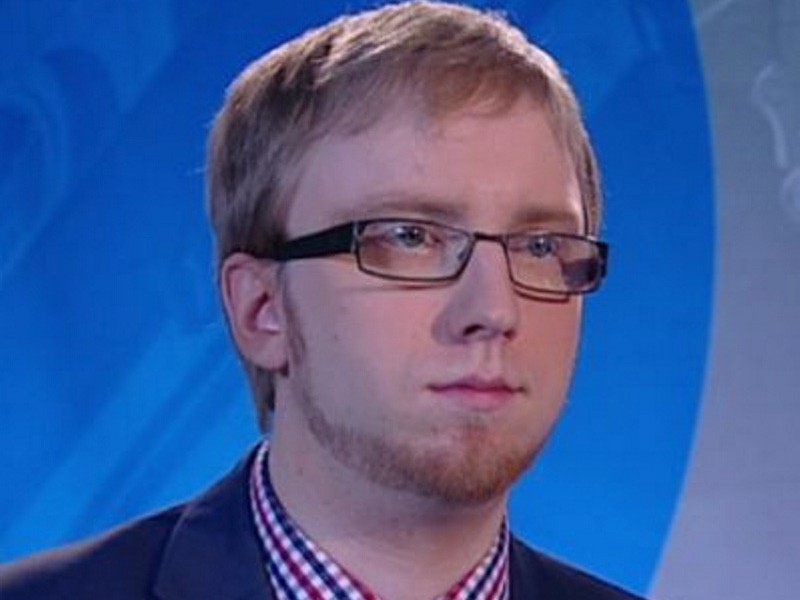 Simon Elo, a former chairperson of the Finns Party Youth, has voiced his concern about the prevalence of ethno-nationalist ideas among members of the youth organisation. (Handout – YLE)

AN EX-CHAIRPERSON of the Finns Party Youth, Simon Elo, estimates that darkness has taken over the political youth organisation.

The Finns Party Youth has come under heavy criticism time and time again during the course of this spring for the discriminatory and racist statements of its members, leading to speculation about the prevalence of ethnic nationalist views among the leadership of the organisation.

Elo on Thursday estimated that the ethno-nationalist views expressed in the statements are prevalent and linked firmly to Suomen Sisu, a nationalist group headquartered in Helsinki.

“Most of the Finns Party Youth’s leadership do, in my understanding, subscribe to ethno-nationalist thinking,” he wrote in a blog on Puheenvuoro. “For the leadership to be able represent such thinking, also the membership must naturally include a considerable number of people who subscribe to the same kind of thinking.”

At least half of the 10 seats on the board of directors at the youth organisation are held by people affiliated with Suomen Sisu.

Five members of the nationalist organisation were also elected to the Finnish Parliament in April, among them Jussi Halla-aho, the chairperson of the Finns Party.

Elo on Thursday also drew attention to replacement of population (Fi. väestönvaihdos), a term used regularly by both the Finns Party Youth and Finns Party.

“This talk about replacement of population is also found in the immigration policy programme of the Finns Party. It says Finland is starting to look less Finnish than before. Again it raises the question of why would you say so unless you were talking about skin colour?”

The latest controversy linked to the youth wing of the populist right-wing party arose this week, after a spokesperson for the youth wing tweeted a photograph of a black couple and a newborn child with the text: “Vote for the Finns Party to make sure this won’t be what Finland’s future looks like.”

Uusi Suomi on Wednesday reported that the Ministry of Education and Culture is consequently considering cancelling the 115,000 euros in state aid granted to the Finns Party Youth for 2019.

Halla-aho has rejected such statements repeatedly in public. Elo, however, viewed that the message he is sending to members of the youth organisation is that they are communicating too directly.

“As far as I see, what we are seeing is that the thinking itself is not problematic [according to Halla-aho]. What’s problematic is not what these young people are thinking, but how they say it out loud,” he analysed.

Elo, who failed in his bid for a second term in the Finnish Parliament, is currently serving as a councillor for the City of Espoo.