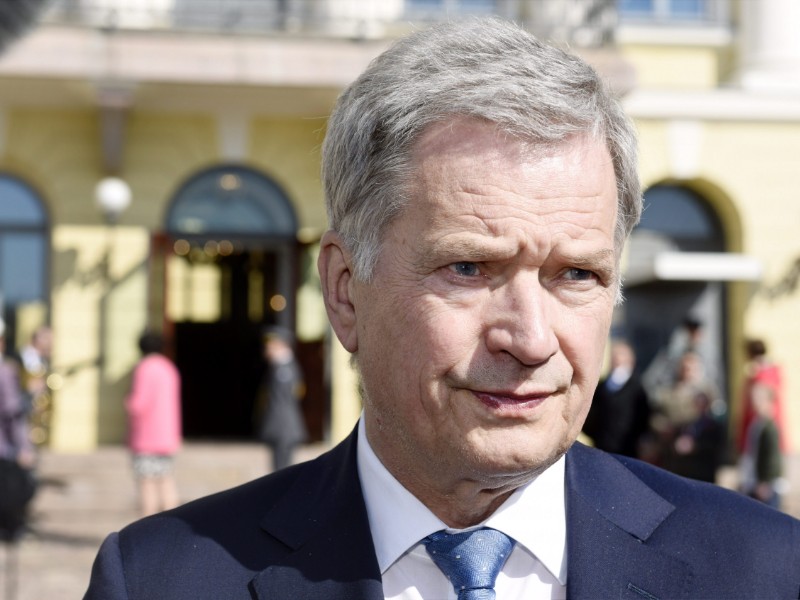 President Sauli Niinistö says he is monitoring the ongoing coalition formation negotiations “just like everybody else”. (Heikki Saukkomaa – Lehtikuva)

PRESIDENT Sauli Niinistö has stated that he is following the ongoing coalition formation negotiations “just like everybody else”.

“I’m naturally following keenly what’s the direction we’re heading in. We’ve been in a bit of a problematic situation for the past 10 years when it comes to the public economy, [there has been some] heavy indebtedness,” he said in an interview on YLE TV1 on Saturday.

“People have been saying they’ve had enough saving for now, but in my vocabulary ‘saving’ means you’re able to put something aside. In this sense, we haven’t been saving at all for 10 years – on the contrary.”

He also reminded that coalition formation negotiations are always difficult and drew attention to the importance of not only finding common ground on the objectives but also on committing to the decisions.

“We’ll have to see how it goes. What’s even more important than agreeing is committing to what has been agreed,” he said to the public broadcasting company.

Niinistö stated that he does not expect the next government to make any dramatic changes to the foreign policy approach of Finland.

“If I’ve interpreted the comments of party leaders correctly, there’ll be no major shifts in the foreign policy outlines. What’s really important right now is to place an emphasis on multilateralism,” he underscored.

Multilateralism, he added, is key also for the effort to combat climate change.

“We’ll have to respect the systems that are in place and where joint decisions are made. My own plan is of course to continue talking about this with heads of state whenever given the opportunity. I’d also point out that once we have the EU presidency, we must tell others what we all have to do, not what they have to do. This means you’ll have to have actions to back it up.”