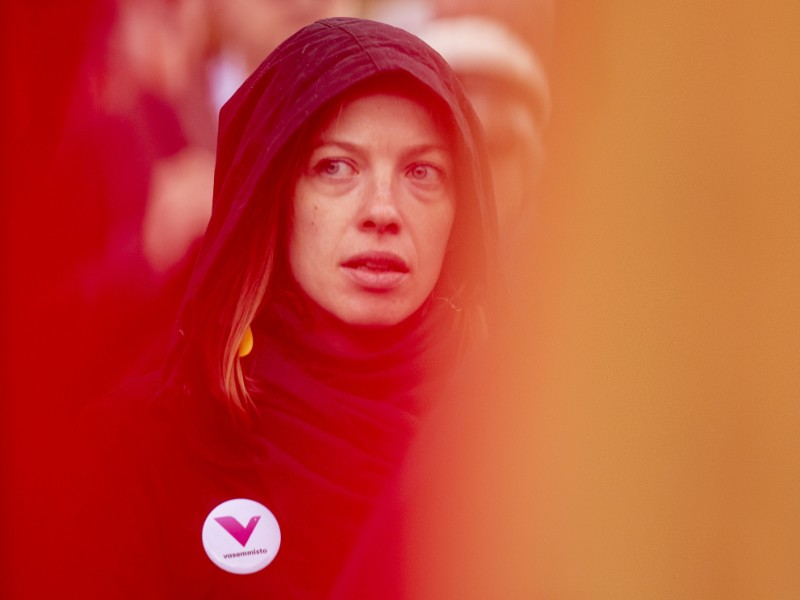 Li Andersson, the chairperson of the Left Alliance, participated in the party’s May Day event in Turku on 1 May 2019. (Roni Lehti – Lehtikuva)

THE POLITICS OF FEAR is being exploited in Europe, says Li Andersson, the chairperson of the Left Alliance.

The Left Alliance on Monday released its programme for the upcoming elections to the European Parliament, positioning itself as a clear counterforce to the right-wing populism that continues to gain momentum in Europe.

Andersson said political movements across the continent are trying to portray the image that the insecurity and uncertainty felt by people are caused by phenomena such as migration and international terrorism.

“The solution they offer is the politics of fear, meaning they portray threats and exploit fears to do politics and build up their support,” she stated.

The Left Alliance, she added, views that the key security threats are inequalities both within and between member states and climate change, the resolution of which is necessary not only for the future of Finland or Europe, but also for the entire world.

“The uncertainty, insecurity and problems associated with the daily lives of people – such as unemployment and climate change or the way that tax haven economies are gnawing away at the funding of welfare services in EU member states – cannot be solved by creating divisions between people. They cannot be solved with racism,” underlined Andersson.

The Left Alliance will head into the looming elections with the campaign slogan “Europe without fear”.

Its key objectives for the elections include combating aggressive tax planning and tax haven economies and devising an ecological rebuilding programme for the European Union, also known as a Green New Deal.