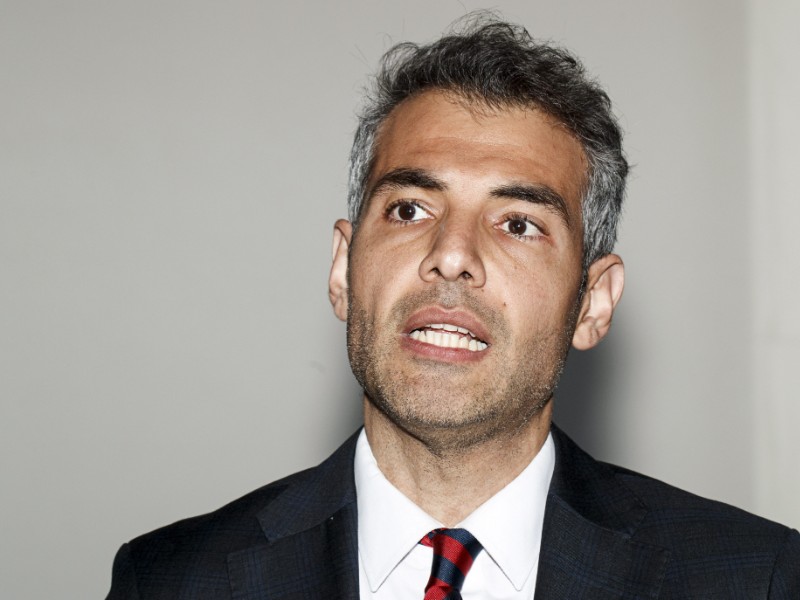 Hussein al-Taee (SDP), a newly elected first-term Member of the Finnish Parliament, spoke to reporters about his derogatory remarks about different groups of people in the Parliament House on Monday, 29 April 2019. (Roni Rekomaa – Lehtikuva)

HUSSEIN AL-TAEE (SDP), a newly elected first-term Member of the Finnish Parliament, has stepped before the media and admitted that the much-discussed screenshots of his anti-semitic and homophobic social media posts are genuine.

“I have gone through [the screenshots] over and over again, and I can say that they are unfortunately real,” he conceded on his personal website on Monday.

“I have no words to describe the embarrassment I feel about the prejudices, thoughts and language I have used in reference to homosexuals, Jews, Sunnis, Somalis and other groups of people,” added al-Taee.

He stepped before the media later yesterday in the Parliament House, saying he wants to extend an apology to all groups of people he has hurt and conceding that he had sought to conceal the truth about his earlier posts on Facebook.

“I wasn’t brave enough to admit that the writings were my own,” he said.

Al-Taee also apologised to his supporters and the Social Democratic Party, as well as Crisis Management Initiative (CMI). He served in an advisory role at the non-governmental peace broker between 2015 and 23 April 2019, according to Helsingin Sanomat.

Tuija Talvitie, the chief operating officer at CMI, told Uusi Suomi that the non-governmental organisation firmly disapproves of the comments.

“We’ve previously publicly condemned all comments that are somehow abusive or negative towards any nationalities, religions, ethnic groups or individuals. It’s absolutely clear that we don’t tolerate them under any circumstances,” she underlined.

Talvitie admitted to Helsingin Sanomat that the authenticity of the controversial posts came as a surprise to CMI. “The Hussein we know couldn’t even write anything like this. This is confusing and very regrettable,” she said.

Al-Taee’s controversial posts date back to 2014, according to the daily newspaper.

Screenshots of the posts first emerged a couple of days after the parliamentary elections held in Finland on 14 April. STT, for example, published a story in which al-Taee admitted to likening Israel to the so-called Islamic State (IS).